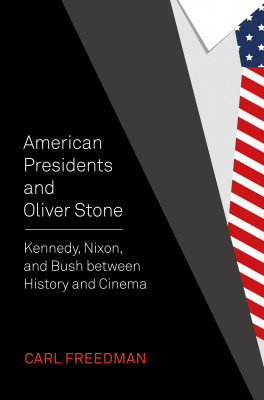 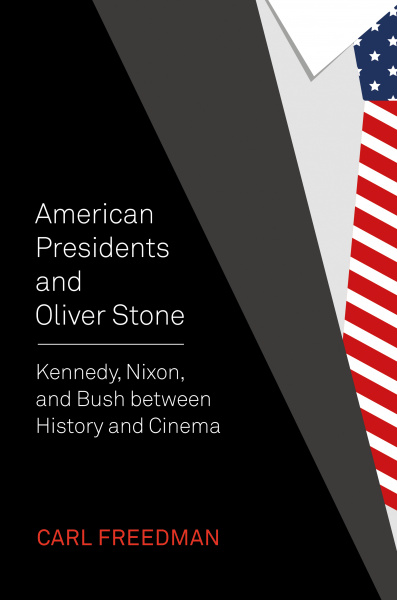 Kennedy, Nixon, and Bush between History and Cinema

Synthesizing detailed film criticism with thorough political and historical analysis, examines the Oliver Stone films JFK, Nixon and W. that transmute these presidencies into works of historical fiction. Wide-ranging, accessible and highly original, this book will fascinate everyone interested in the intersection of American politics and cinema.

Perhaps no current filmmaker has made more provocative films about American history than Oliver Stone. In this book, Carl Freedman gives a detailed and nuanced account of the presidencies of John F. Kennedy, Richard Nixon and George W. Bush as fictionalized in Stone’s biographical films JFK, Nixon and W.

Offering detailed historical perspectives alongside careful aesthetic criticism, Freedman explores how Stone uses melodrama, tragedy and farce to transform politics into national mythology. Synthesizing film criticism with political and historical analysis, the book transcends the limitations of formalism and empiricism, reflecting on both Stone’s achievements as a filmmaker and American politics of the past sixty years.

Oliver Stone’s importance among filmmakers as the major chronicler of recent US history is the starting point for the analysis of his three ‘presidential’ films: JFK, Nixon and W. While not claiming equal artistic merit for Stone’s films, Freedman makes some comparison with Shakespeare’s history plays and draws on T.S. Eliot’s notion of ‘essential history’ to transcend the barren dichotomy of formalism versus empiricism – that is treating historical fiction as either only pure fiction, with nothing to say about real history, or judging it as non-fiction by the extent to which it adheres to superficial historical detail. Instead the focus is on the capacity of Stone’s films to illuminate the structural workings of history, contemporary and general.

Freedman is thoroughly familiar with his subject, and his meticulous attention to historical accuracy and critical attention to the films is impeccable. This book has a powerfully original focus and makes a significant contribution to the field through offering these detailed historical perspectives alongside much more careful aesthetic criticism of the films. It has the potential to become not only a great source on its subject, but a model of how to approach historical fiction in general.

This is an academic study but is written in such an accessible style that it will have genuine appeal to the general reader – to anyone with an interest in cinema, politics and recent history. Wide-ranging, accessible and highly original, American Presidents combines erudition and complex analysis with jargon-free writing and is sure to engage anyone interested in the intersection of American politics and cinema.

The academic readership will be among humanities scholars and students of film, popular culture, media, politics, political history and modern history. It will be highly relevant to undergraduate and postgraduate students studying film or modern American history and culture.

Carl Freedman is the William A. Read Professor of English Literature and a Distinguished Research Master at Louisiana State University. He is the author of many books, most recently Art and Idea in the Novels of China Miéville and Versions of Hollywood Crime Cinema: Studies in Ford, Wilder, Coppola, Scorsese, and Others, also published by Intellect.

To Assassinate a Movie

From Kennedy to Nixon

From Melodrama to Tragedy

From JFK to Nixon

From Tragedy to Farce

'Drawing upon literary criticism as a discipline to frame his analysis, Freedman’s American Presidents and Oliver Stone represents a novel methodological approach for film studies. The historical and political analysis in American Presidents and Oliver Stone provides significant depth to Freedman’s close reading of Stone’s films, particularly evident in the chapters on JFK and Nixon. This innovative methodology allows Freedman to expand the textual exploration beyond the multifaceted individual personas of Kennedy, Nixon, and Bush to reach his central argument illuminating the largescale devastation of the American military-industrial complex in reproducing the power and authority of the security state. [...] By probing the intersections of cinema, politics, and American studies, Freedman’s American Presidents and Oliver Stone stresses the important role historical fiction as a genre contributes to the health of public culture.'

'Insightful...This book is a worthwhile endeavor that should be of use to scholars of film and politics. It assesses both the strengths and weaknesses of Stone's films and also explains its assessment of U.S. history. Given that last part, it is useful to scholars interested in historiography and general views and interpretations of Kennedy, Nixon, and the younger Bush.'

'A thoughtful and compelling analysis. [...] Anyone writing about these three Oliver Stone films or presidential history on screen should engage with this book. Recommended.'

It shines through in virtually every paragraph that Freedman knows his subject(s) (Stone, recent US history and history writing) from decades of engagement ... This book has the potential to become not only a great source on its subject, but a model of how to approach historical fiction in general

When movies present biographies, and real historical events, especially fairly recent ones, they are usually regarded either in terms of their historical accuracy or lack of accuracy, or else in terms of their expressive, aesthetic qualities. It is very hard to balance between these opposed imperatives. But in this manuscript, Freedman threads the needle with extraordinary success ... A powerful critical reflection on Stone’s achievements as a filmmaker, and a deeply insightful reflection on American politics of the past sixty years ... The manuscript’s careful attention to detail, combined with its broad vision and explanatory scope, make it an impressive and indeed essential book.