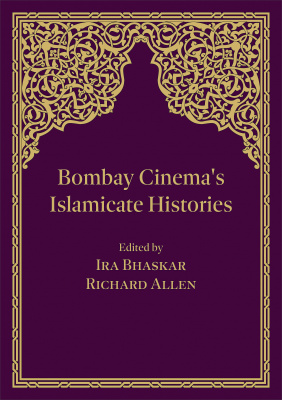 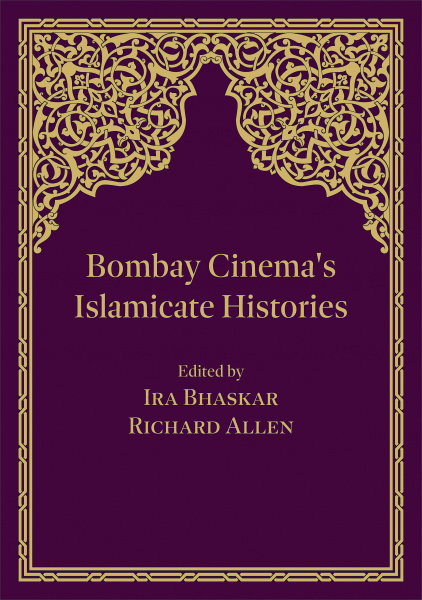 Popularly known as Bollywood, Bombay cinema conjures up song, dance and starry-eyed romance. Where do those conventions come from? Many derive from the historical influence of Muslim cultures interacting with other traditions in the Indian subcontinent. Contributions by major scholars of South Asian cultural history and Indian Cinema 105 b&w illus.

Bombay Cinema's Islamicate Histories comprises fourteen essays on the history and influence of cultural Islam on Bombay cinema. These essays are written by major scholars of both South Asian cultural history and Indian cinema working across several continents. Following Marshal Hodgson, the term ‘Islamicate’ is used to describe Muslim cultures in order to distinguish the cultural forms associated with Islam from the religion itself. Such a distinction is especially important to observe in South Asia where, over a thousand-year history, Muslim cultures have commingled with other local religious and cultural traditions to form a rich vein of syncretic aesthetic expression. This volume argues that the influence of Muslim cultures on Bombay cinema can only be grasped against the backdrop of this long history, an argument that informs the shape of the whole.

The book is divided into two sections. The first, ‘Islamicate Histories’, charts the historical roots of South Asian Muslim cultures and the precursors of Bombay cinema’s Islamicate idioms in the Urdu Parsi Theatre, the Courtesan cultures of Lucknow, the traditions of miniature painting, poetry, song and their performance, and the various modes of story-telling that derive from Perso-Arabic traditions. The second section, ‘Cinematic Forms’, discusses the way in which these Islamicate histories are partially constitutive of the traditions of representation, performance and story-telling that give Bombay cinema its distinctive character, traditions that have continued into Bollywood. It explores ‘Islamicate’ genres like the ‘Oriental’ film and the ‘Muslim Social’, as well as forms of poetry and performance like the ‘ghazal’ and ‘the qawwali’.

Bombay Cinema’s Islamicate Histories is published at a time of acute crisis in the perception and understanding of Islam, where Islamophobia stereotypes Muslims as incipient fifth column and Hindu fundamentalism is ascendant. It demonstrates that Muslim and Hindu cultures in India are inextricably entwined and shows how the syncretic idioms of Islamicate cultural history inform the very identity of Bombay cinema, even as that cinema has also instrumentalized Islamicate idioms to stereotype and even demonise the Muslim, especially in contemporary Bollywood.

This book argues that many of the idioms of Bombay cinema that we love are derived from the historical influence of Muslim cultures as they interacted with other traditions in the Indian subcontinent. It traces the emergence of cultures of poetry, dance, song, performance and story-telling out of the thousand-year history of Islam on Indian soil, and describes the ways in which they underlie and inform the expressive forms of Bombay cinema. It is timely to be reminded of the contribution of Muslim cultures to the distinctive and widely recognized popular cinema of India at a historical moment when the cultural influence of Islam on India is being denied by forces which seek to turn the country away from cultural pluralism towards Hindu fundamentalism. Bombay Cinema’s Islamicate Histories features contributions by major scholars of both South Asian cultural history and Indian cinema working across several continents.

The audience for this book will be primarily graduate and advanced undergraduate students of film studies. The writing is accessible and lively and individual chapters will be suitable for classroom use.

It will be of value in disciplines outside film studies, where the Islamicate tradition in general and its impact on film in particular is taught. It will find an audience in disciplines such as history, cultural studies, women's studies, visual studies and South Asian area studies. It will also be of interest to anyone who wants to know how cinema negotiates the parameters of Muslim identity in response to historical and contemporary events in India.

‘This collection elaborates carefully the waxing and waning of attachment to and detachment from the Islamicate at personal and political levels through the affective register of the cinema. There is no comparable volume that dives so thoroughly into the history, theory and analysis of such a wide array of Islam-derived themes in Bombay cinema’s history, from its inception to the present.

A tour de force in both range and scope. Bombay Cinema’s Islamicate Histories is unfailingly rigorous, lively and groundbreaking.’