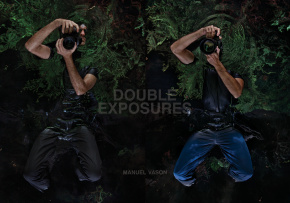 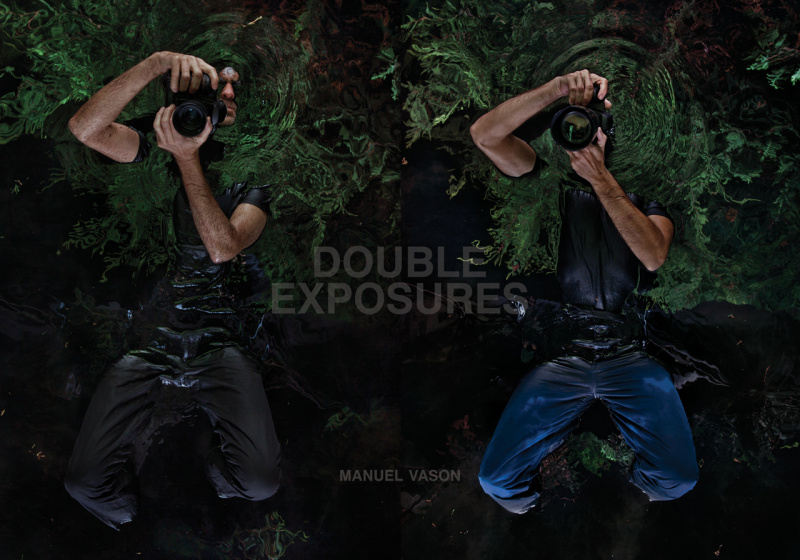 A new collaborative venture between Manuel Vason and 40 of the most visually arresting artists working with performance in the United Kingdom, Double Exposures brings together newly commissioned images and essays to explore new ways of bridging performance and photography. Ten years after Vason's first book, Exposures, this ambitious project draws into sharp focus the body, the diptych, documentation, the photobook, identity, mediation, collaborative practices and the relationship between photography and performance.

Published with the support of Arts Council England.

Double Exposures is a new collaborative venture between Manuel Vason and forty of the most visually arresting artists working with performance in the UK. Ten years after his first, groundbreaking book Exposures, Vason has produced another extraordinary body of work, which sets out new ways of bridging performance and photography. For Double Exposures, Vason has worked with two groups of artists, using two distinct types of collaboration, to produce a series of double images. Artists who had previously worked with Vason were invited to create two images, one of their own practice and another, where they took on the role of the photographer, shaping an image with Vason’s body. A second group of new collaborators were invited to create a performance, which could be captured in two photographs. All the images exist as doubles – pairs – diptychs.

Manuel Vason’s artistic practice explores the relationship between photography and performance, presence and representation. He considers the capturing of a moment as an act of creation, as a ritual towards the illusion of immortality and as an exchange between who is in front and who is behind the camera. The collaborative nature of his practice shapes a unique hybrid art form and forms new vocabularies. His collaborations to date have become some of the most iconic images of performance, and his work has been published and presented internationally.

Vason was born in Padua, Italy in 1974. He discovered his interest in photography while working in a black and white professional darkroom. After having assisted some of the most celebrated fashion photographers of his generation in Milan, New York, Paris, London and Los Angeles, he decided to pursue a Masters degree in Fine Art at Central Saint Martins at University of the Arts in London. The focus of his research shifted from the body as subject into the relationship between photography and performance. In 2002 he presented two books: Exposures, a publication on the body in Live Art (Black Dog Publishing, 2002) and Oh Lover Boy, a two-year collaboration with artist Franko B (Black Dog Publishing, 2002). In 2007, Vason’s first solo exhibition Encounters was presented and accompanied by a 230 page catalogue (Arnolfini/Cornerhouse). Vason is continuously developing a practice integrating different mediums and collaborative methods.

Merely a Stain in the Picture?, Christopher Townsend

Doubled Up: The Art of the Body, David Bate

'Manuel Vason is to Performance Art what Robert Capa is to war photography.'

'Manuel Vason's images exist somewhere between portraiture, performance documentation, and documentary - or perhaps, his images are fashion shots, but the bodies are clothed in performance.'

'Manuel Vason's startling and stylised images, powerfully reproduced in Encounters, violently force bodily abjection into the arena of the sublime. Not since the era of Caravaggio and Bernini has pain been so exquisitely and beautifully rendered - here, through Vason's capacity to connect, via the red-hot wire of aesthetic reduction, to the bodies that wield and convey it.'

'Photography stages what it records; and subjects perform on that stage. In this age of the complicit auto-branding of the ‘Selfie’, it’s a relief to be reminded that the self and the camera are less knowable than we might think. In this book Manual Vason’s collaborative photographs along with a range of nimble writers reopen for us all the uncertainties and possibilities, the trapdoors and escape hatches that make the self and the camera such wild companions.'