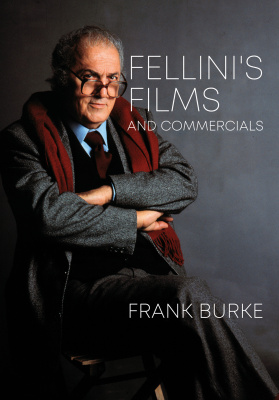 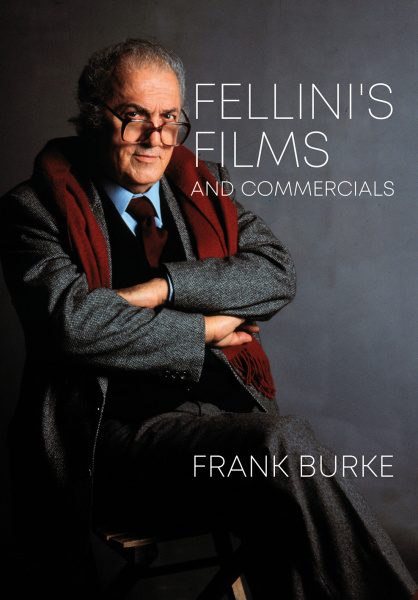 From Postwar to Postmodern

An updated edition of renowned Fellini scholar Frank Burke’s film-by-film analysis of the famed director’s work, with a new preface and a new chapter on Fellini’s commercials. Written from a theoretical perspective, Burke explores Fellini’s movement from relatively classic filmmaking to modernist reflexivity to ‘postmodern reproduction’.

Federico Fellini’s distinct style delighted generations of film viewers and inspired filmmakers and artists around the world. In Fellini’s Films and Commercials: From Postwar to Postmodern, renowned Fellini scholar Frank Burke presents a film-by-film analysis of the famed director’s cinematic output from a theoretical perspective. The book explores Fellini’s movement from relatively classic filmmaking to modernist reflexivity and then to ‘postmodern reproduction’. Burke moves from analysis of stories told from a relatively ‘objective’ standpoint, to increased concentration on Fellini-as-author and on the cinematic apparatus, to Fellini’s dismantling of authorship and cinematic apparatus, to his postmodern signifying strategies. Grounded in poststructuralist approaches to texts and signification, Burke shows that Fellini is profoundly readable, if extremely complex.

Revisiting Burke’s 1996 Fellini’s Films: From Postwar to Postmodern, this new edition includes revised material from the original, plus a new preface and new chapter on the filmmaker’s work on commercials. Elegantly written and thoroughly researched, this book is essential reading for Fellini fans and scholars.

Preface and Acknowledgements to the 2020 Edition

Preface and Acknowledgements to the 1996 Edition

Chapter One: Fellini in Context

Chapter Four: Film about Film and Modernist Self-Reflexivity: The Temptation of Dr. Antonio

Chapter Five: 8½, Juliet of the Spirits, and Toby Dammit

Chapter Six: The Individual in Crisis from 8½ to Fellini- Satyricon

Chapter Seven: The Individuation of Art versus Character: Fellini-Satyricon and The Clowns

Chapter Ten: The Voice of the Moon

'Burke’s study is truly comprehensive and confronts a broad spectrum of topics from psychology and spirituality to film and camera theory, to name just a few. The author never leaves the reader unprepared for the next analysis, as he delivers important background information for context. What is most appreciated is Burke’s approach to his study as a whole. He supplies a meticulously detailed map in Fellini studies and equips readers with abundant knowledge to navigate through each film. However, he never forecloses readers’ own supplementary connections. Indeed, the monographic structure of the study directly encourages such engagement. The sharp and ever detailed analysis, which is at the study’s core, not only honours Fellini’s genius through his complexity, but it also inspires readers to appreciate and learn more about the beloved Italian director. Burke’s revised edition of his 1996 publication will continue to benefit scholars in future studies of the great Federico Fellini and his work.'

'Burke’s book documents the enormous cultural impact that Fellini had in the second half of the 20th century and finally gives Fellini the visibility that he deserved, showing the cultural and geographical range of the director’s influence. The volume is a wonderful tool for both scholars of Fellini, specialists of cinema studies, students and film buffs who approach Fellini’s films for the first time. Any reader will be able to enter and be guided through Fellini’s very complex and fascinating cinematic universe. The work offers a valuable and interesting approach to one of the most famous Italian directors, and is the ideal vehicle, for celebrating Fellini’s centennial anniversary birth.'

'With an entire mountain range of books and other texts on the Italian auteur, Fellini’s Films and Commercials represents a pinnacle in English-language Fellini scholarship. [...] The new chapter on Fellini’s work in the television commercial idiom allows Burke to bring the narrative of his comprehensive analysis to a satisfyingly open-ended conclusion. [...] Apart from its other many virtues as a comprehensive guide, Burke’s latest book will undoubtedly do to any reader what it did to me: send them back to Fellini’s incomparable body of work.'