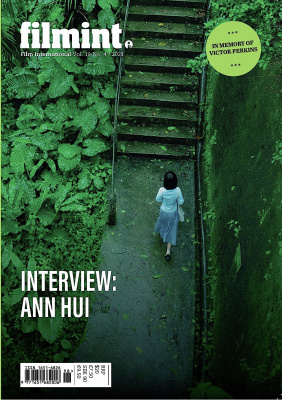 Film International 19.2 is out now!

Intellect is pleased to announce that Film International 19.2 is out now!

Film International covers film culture as part of the broader culture, history and economy of society. We address topics of contemporary relevance from historically-informed perspectives. We wish to bridge the gap between the academy and the outside world, and encourage the participation of scholars from a variety of disciplines. We refuse the facile dichotomies of 'high' and 'low', Hollywood and independent, art and commercial cinema. We discuss Hollywood films seriously, and 'art' movies critically. We aim at becoming a truly international journal, recognising local specificities, but also the ultimate interconnectedness of an increasingly globalised world.

Under a Star: Visconti’s Leopard Lives

Biafra: The creative void and the silence of Nollywood

Days of Vision, Working with David Mercer: Television drama then and now

The James Bond Films, the Orphan Myth and the Western

Characters with Autism Spectrum Disorder in Cinema: Representations of their family life

Not in Love and Never Alone: Understanding neo-liberal intimacies through The Lobster

Get Out and the Philosophy of the Field Negro

Purpose, Form and the Representation of Higher Education in Jake Kasdan’s Orange County and Michael Duggan’s The F**k-It List

Review: Portrait of a Lady on Fire