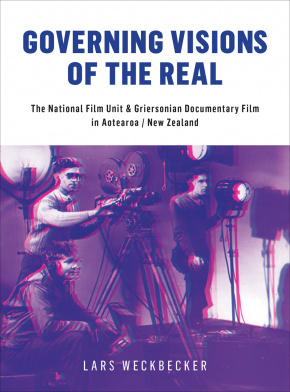 Governing Visions of the Real 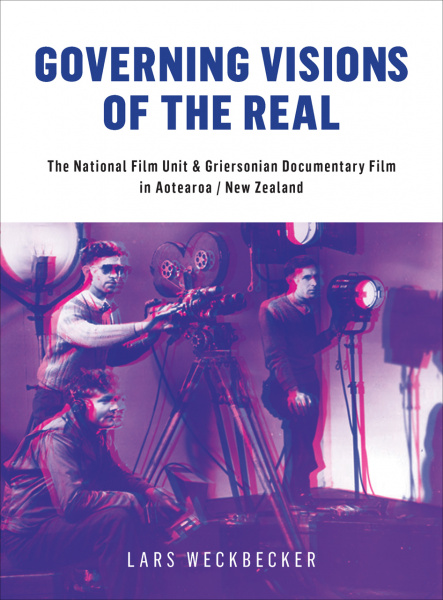 Governing Visions of the Real (Book)

This book traces the emergence, development and techniques of Griersonian documentary in New Zealand throughout the first half of the twentieth century. Lars Weckbecker focuses on the productions of the National Film Unit in the 1940s and '50s, following the shifting practices and governmentality of documentary's "visions of the real."

Governing Visions of the Real traces the emergence, development, and techniques of Griersonian documentary – named for pioneering Scottish film-maker John Grierson – in New Zealand throughout the first half of the twentieth century. Paying close attention to the productions of the National Film Unit in the 1940s and 1950s, Lars Weckbecker traces the shifting practices and governmentality of documentary’s ‘visions of the real’ as New Zealand and its population came to be envisioned through NFU film for an ensemble of political, pedagogic, and propagandistic purposes.

Lars Weckbecker is assistant professor in media and communication at Zayed University in the United Arab Emirates.

Chapter 1: The Griersonian Programme for Documentary Film and Democratic Government

'I found the book to be an interesting look at New Zealand’s National Film Unit and its historical context, specifically the creation of the organization and its evolution over time. [...] Governing Visions of the Real definitely challenges its reader to question what constitutes a film as a documentary, especially within governmental and political use.'

'Concentrating on the two decades of the NFU’s existence following its establishment in 1941, Governing Visions of the Real looks in turn at the wartime years, the post-war period with a continuing Labour Government, and the 1950s, mostly under a National administration. [...] It explores territory little covered in published work to date. [...] A most welcome addition to the slender body of scholarship on New Zealand nonfictional filmmaking.'