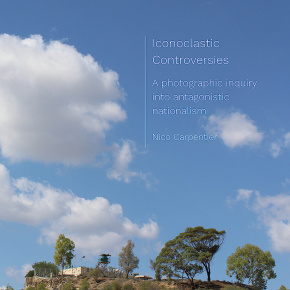 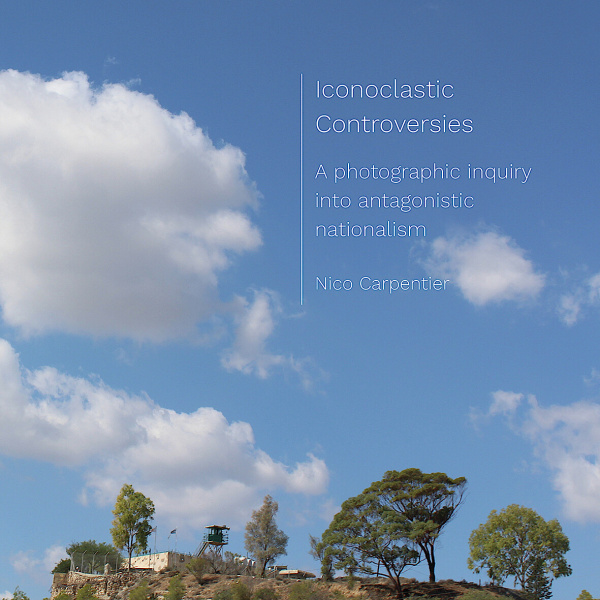 A photographic inquiry into antagonistic nationalism

This book combines photography and written text to analyse the role of memorials and commemoration sites in the construction of antagonistic nationalism. Taking Cypriot memorializations as a case study, it shows how these memorials often support, but sometimes also undermine, the discursive-material assemblage of nationalism. 62 b/w illus. 14 col.

The book combines photography and written text to analyse the role of memorials and commemoration sites in the construction of antagonistic nationalism. Taking Cypriot memorializations as a case study, the book shows how these memorials often support, but sometimes also undermine, the discursive-material assemblage of nationalism.

Nico Carpentier is Extraordinary Professor at Charles University in Prague; he also holds part-time positions at the Vrije Universiteit Brussel and at Uppsala University. With Intellect he previously published Communication and Discourse Theory: Collected Works of the Brussels Discourse Theory Group (2019, co-edited with Leen Van Brussel and Benjamin De Cleen), Media and Participation: A Site of Ideological-Democratic Struggle (2010) and Reclaiming the Media: Communication Rights and Democratic Media Roles (2007, with Bart Cammaerts).

Chapter 1: An Introduction to Iconoclastic Controversies

Chapter 3: On Antagonism and Nationalism – A Discursive- Material Re- Reading

Chapter 4: The Discourses and Materialities of Cypriot Antagonistic Nationalism

Appendix 1: Overview of Interviews and Broadcasts by Project Partners about the Two Exhibitions in Cyprus

Appendix 2: Media That Covered the Two Exhibitions in Cyprus

'The Iconoclastic Controversies project focuses on a complex context, and the author is aware of the inherent ambiguities and complexities. It is a rich, sophisticated, and well-conducted project with interdisciplinary contributions, especially with its successful attempt to allow for further societal discussions. This short book reflects all phases of the project from the beginning to the end and captures the reader with its well-written theoretical, contextual and empirical chapters, as well as the photographs taken for/during the exhibitions, interviews, and audio/visual materials. The book also develops the key theoretical framework on antagonistic nationalism, which provides foundational help to scholars interested in similar topics and contexts. Apart from its academic quality and contributions, the Iconoclastic Controversies project is of capital importance with its aim to contribute to the transformation of antagonistic conflict and peace-building. [...] The book as a whole provides an important resource for scholars and deserves a wide readership.'

'Overall, the book makes broader theoretical, methodological, and practical contributions to discursive-material analysis, media and communication studies, memory and nationalism studies, visual sociology studies, and Cypriot studies. In terms of theory, Carpentier develops a knowledge cluster of nationalism in visual communication, identifying an ontological and epistemological pathway to a deeper understanding of the possibility of a transformative mechanism from antagonistic rationalism to agonistic nationalism. More importantly, the author brings materiality into the construction of nationalism that legitimates a model of combining discursive ideologies with the role of material objects, thus articulating both the nation-as-people and the nation-(as)-state as a core stance in the project to signify dispersed national identities.

In terms of methodology, Carpentier places visuality in a vital position to help him create action research through the arts-based approach using photographic ethnography to collect memorial materials. This visual approach allows for stimulating participants' affectivity and imagination to produce nationalist memory and their discursive narrations. In practice, the author breaks the written-text routine of academic knowledge dissemination in order to create multimodal communication practices in the book. It could be a good reference source for alternatives to academic production. [..] Substantially, the most practical significance of this study is that it has made the national problems of Cyprus more visible and does not stop at interpreting the existing antagonistic nationalism; rather, it creates the hope of peaceful communication based on maintaining (self-) national identities between Greek Cypriot nationalism and Turkish Cypriot nationalism. Furthermore, aesthetics and the public's emotional structures are embedded in the project as a timely warning against world violence.' 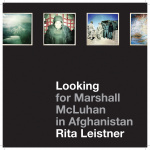 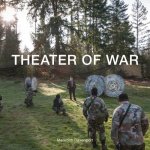 BookTheater of WarEdited by Meredith Davenport and Daniel A. Kelin, II Series edited by Alfredo Cramerotti