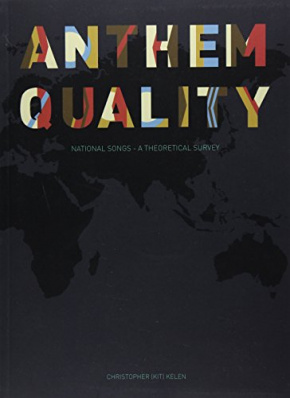 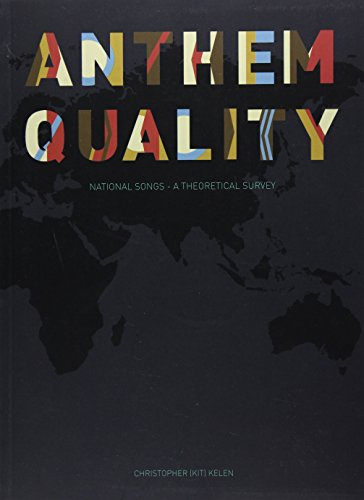 Anthem Quality is a book about the lyrics of national anthems. In this theoretical survey, Christopher Kelen deals with the general meaning of an inter-national social phenomenon – the words we sing together with our compatriots when we assert ourselves to be national subjects.

Anthem Quality is a book about the lyrics of national anthems. In this theoretical survey, Christopher Kelen deals with the general meaning of an inter-national social phenomenon – the words we sing together with our compatriots when we assert ourselves to be national subjects.

Thought of most often in the context of the Olympics or other sporting events, national anthems are a significant way for a nation and its citizens to express their identity and unity. Despite their prevalence, anthems as an expression of national self-image and culture have rarely been examined – until now. Anthem Quality analyses the lyrics of many anthems in order to explore their historical and contemporary context. Christopher Kelen’s research reveals how many of the world’s most famous and best-known national anthems, including 'The Marseillaise', 'The Star-Spangled Banner' and God Save the Queen deal with such topics as authority, religion and political devotion.

Christopher (Kit) Kelen is a well known Australian poet, scholar and visual artist. Professor of English at the University of Macau, he has taught Creative Writing and Literature there for the last thirteen years. Kelen has published a dozen volumes of poetry in English, as well as books of stories and novels for children and for adults. His most recent painting exhibition Imagens de Nada was at the Galeria do Salao Medieval, University of Minho, Portugual, in 2013. Volumes of Kelen’s poetry have been published in Chinese, Portuguese, Italian, Swedish and Filipino languages.

Kelen’s research into national anthems dates back to the 1990s and he has published many articles on this subject.

The Loyal Toast – A Personal Introduction

1. Identification of the National Subject
the idea of the anthem in the world today

2. The Official Poem of the People
anthems, their contexts and their common characteristics

3. The Classification of Anthems
genre and speech act

4. Anthem Quality: Its Paradoxes and Parodies
the uniformity of differences and the automatisation of strong affect

5. Choosing and Chosen
the overt and covert us and them of national devotions

6. Anthems for a Better World
cosmopolitan and postcolonial hymns

Conclusion: The Soul and Its Un/Official Stirrings