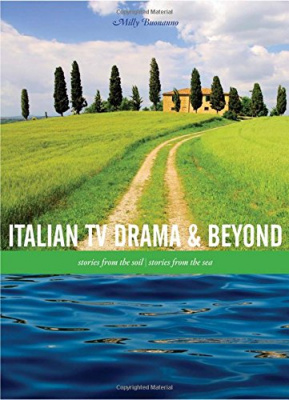 Italian TV Drama and Beyond 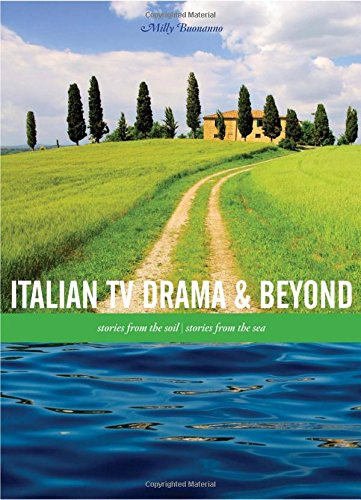 Italian TV Drama and Beyond (Book)

Television drama has emerged as the dominant medium of contemporary storytelling in Italian society. Informed by the nation's historical and cultural heritage, the narratives offer insight into Italian society and competing versions of Italian identity, highlighting the wide array of television programming available outside of Britain and the US.

Since its inception in the mid-1950s, the television drama has emerged as the dominant medium of contemporary storytelling in Italian society, with a steadily increasing supply of locally produced domestic dramas offering up competing versions of Italian identity. Informed by the nation's rich historical and cultural heritage—as well as a string of notable foreign imports—the narratives discussed here offer much insight into Italian society and highlight the wide array of television programming available outside of Britain and the United States.

Milly Buonanno is professor of television studies at the University of Rome “La Sapienza,” and author, with Intellect, of The Age of Television: Experiences and Theories.

Chapter 1: Building the Nation. The Origins of Italian TV Drama

Chapter 2: The Cinematic Turn and the Americanization of the Television Landscape

Chapter 3: The Political Career of a Popular Fiction: La Piovra

Chapter 4: A Place in the Sun: The First Italian Soap Opera

Chapter 6: In the Footsteps of La Piovra: Twenty years of mafia stories in Italian TV drama

Chapter 7: Life Stories: A Heroic Enclave and the Rise of the Religious Biopic

Chapter 8: The Re-enactment of the Past and the Politics of Memory and Identity in Contemporary Drama

Milly Buonanno ... is one of the finest scholar-storytellers we have. Both breathtaking and painstaking in its excavation of cultural detail, this is a book only possible after a lifetime of careful viewing and reflection' – Media International Australia

'She [Buonanno] brings considerable scholarship, sophistication and sympathy to a highly compelling and warmly recommended study of national and non-national fiction in Italy since the 1950s ' – Albert Moran, Griffith University, Brisbane
'In this scintillating and original study of Italian television drama, Milly Buonanno develops a brilliant and compelling account of a relatively unknown body of televisual texts that will be required reading for scholars and students of television and the mass media everywhere.' – Stephen Gundle, University of Warwick
'In this wonderful book, Milly Buonanno has achieved the difficult mandate that a study of a medium must also be a study of a whole way of life. Italian TV Drama and Beyond shows that television is just as tied up in Italy's long legacy of style and creativity as its cuisine, fashion, and landscape.' – John Durham Peters, University of Iowa

'Italian TV Drama & Beyond aims to fill the current void of knowledge on the international scholarly scene as regards Italian television storytelling ... There is probably no other in Italy more skilled to do this than Milly Buonanno' – Daniele Salerno for Historical Journal of Film, Radio and Television
'An original and significant contribution' – Janet McCabe for Critical Studies in Television
'An impressive book ... Milly Buonanno has written an important contribution to European television studies.'– European Journal of Communication

'Provides important new insight into the ways we talk about national identity as it intersects with media and cultural studies.' – Julia Heim, Journal of Italian Cinema and Media Studies