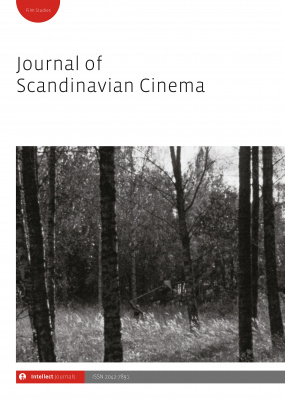 Journal of Scandinavian Cinema 11.3 is out now!

Intellect is pleased to announce that Journal of Scandinavian Cinema 11.3 is out now!

Journal of Scandinavian Cinema is a scholarly journal devoted to excellent research and stimulating discussion focusing on the cinemas of Denmark, Finland, Iceland, Norway and Sweden, both within their national and Nordic contexts, and as transnational cinemas in a globalized world.

The Nordic countries have a rich history of fiction and non-fiction filmmaking as well as lively contemporary screen cultures. Journal of Scandinavian Cinema places no restrictions on time period or genre, but particularly encourages the examination of previously uncharted subject matter and the use of new approaches. In that regard, we anticipate that research on Scandinavian cinema will be broadened through the application of ideas, concepts and research traditions from related disciplines. The journal also seeks to highlight the relevance of other audio-visual media and screen cultures, both those that have coexisted with film for some time (such as television) and those that are still gaining importance (such as online video).

Scholars from film studies, Scandinavian studies and any related field are invited to explore Journal of Scandinavian Cinema and to contribute articles that inspire a deeper understanding and an ongoing exchange of ideas across national and disciplinary boundaries.

In Focus: Musical Biopics and Documentaries

Being ordinary as a female pop star: Behind the scenes in musical documentary portraits of Jada and Beyoncé

Between Sweden and the world: Documentary films about ABBA’s international success

Elements in the biographical discourse of the documentary Ole Bull