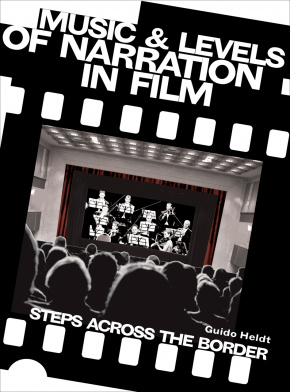 Music and Levels of Narration in Film 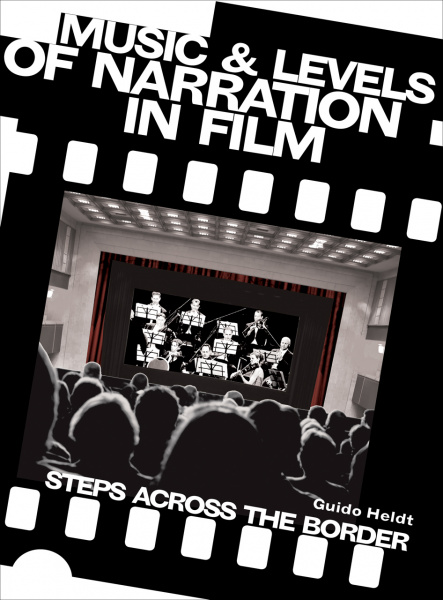 Music and Levels of Narration in Film (Book)

Steps across the Border

Music and Levels of Narration in Film is the first book-length study to synthesize scholarly contributions toward a narrative theory of film music. Moving beyond the distinction between diegetic and nondiegetic music, Guido Heldt systematically discusses music at different levels of narration. The resulting volume will be an indispensable resource for anyone researching or studying film music or film narratology.

Music and Levels of Narration in Film is the first book-length study to synthesize scholarly contributions toward a narrative theory of film music. Moving beyond the distinction between diegetic and nondiegetic music – or music that is not understood as part of a film’s 'story world' – Guido Heldt systematically discusses music at different levels of narration, from the extrafictional to 'focalizations' of subjectivity. Heldt then applies this conceptual toolkit to study the narrative strategies of music in individual films, as well as genres, including musicals and horror films. The resulting volume will be an indispensable resource for anyone researching or studying film music or film narratology.

A PDF version of this book is available for free in open access via the OAPEN Library platform. It has been made available under a Creative Commons Attribution 4.0 International Public License and is part of Knowledge Unlatched.

Chapter I: Introduction: Film Music Narratology  i. Laughing with film theory  ii. Film/music/narratology  The plan of the book  A note on the choice of films A note on ‘the viewer’  iii. Principles of pertinence  Chapter II: The Conceptual Toolkit: Music and Levels of Narration  i. Fictional worlds and the filmic universe  ii. The ‘historical author’: extrafictionality and the title sequence  iii. Extrafictional narration and audience address  iv. Nondiegetic and diegetic music  a. Narratology, the diegesis and music – some considerations  b. Nondiegetic music and narrative agency  c. Diegetic music: storyworld attachment and narrative agency  d. Diegetic commentary and the implied author  e. Diegetic music: further options f. Transitions, transgressions and transcendence: Displaced diegetic music, supradiegetic music and other steps across the border  v. Music on my mind: Metadiegetic narration and focalization Chapter III: Breaking into Song? Hollywood Musicals (and After) i. Supradiegesis ii. Superabundance: Top Hat and the 1930s iii. The classical style: Night and Day, An American in Paris, Singin’ in the Rain  iv. Transcendence lost and regained: The aftermath of the classical style v. The next-to-last song: Dancer in the Dark (and The Sound of Music) Chapter IV: Things That Go Bump in the Mind: Horror Films i. Of implied authors and implicit contracts: Six little bits of theory  ii. ... and thirteen examples  Chapter V: Beyond the Moment: Long-range Musical Strategies  i. Music and memory in Once Upon a Time in America  a. Precursor 1: For a Few Dollars More b. Precursor 2: Once Upon a Time in the West  c. Precursor 3: Duck, You Sucker! d. ‘Most melancholic of films’ – Once Upon a Time in America  e. Once Upon a Time in America – Three musical themes  f. ‘I say it here and I deny it here’: Conclusions  ii. Life’s troubled bubble broken: Musical metalepses in The Truman Show  a. True life or false  b. Pre-existing music and the world of Seahaven  c. Nondiegetic music and levels of narration  d. Music on the level of the film (or not?)  iii. Far from Heaven, Breakfast at Tiffany’s, Hollywood melodrama and the retrospective prolepsis  a. Present film b. Dancing to the music of time: Far from Heaven c. Urban pastoral: Breakfast at Tiffany’s d. The language of melodrama: Antecedents in All That Heaven Allows and Imitation of Life e. Singing the king: A retrospective prolepsis in The Adventures of Robin Hood Chapter VI: The Future’s Not Ours to See: Outlook