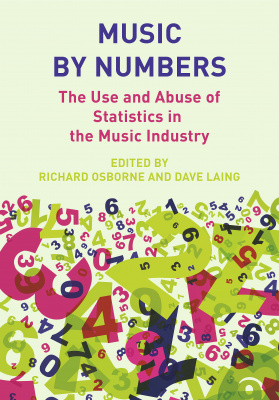 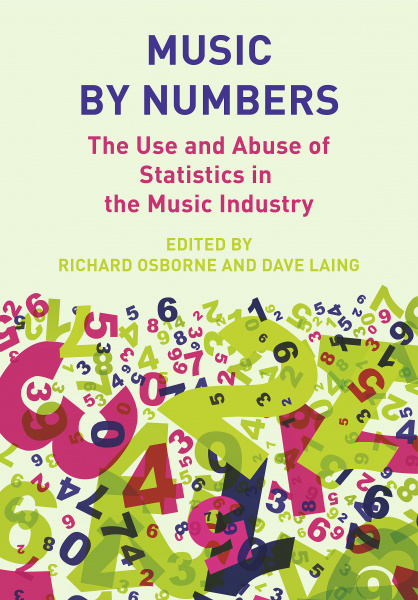 The Use and Abuse of Statistics in the Music Industries

This edited collection examines statistics within the music industry. Its aim is to expose the historical and contemporary use and abuse of these numbers, both nationally and internationally. It addresses their impact on consumers’ choices, upon the careers of musicians and upon the policies that governments and legislators make.

The music industries are fuelled by statistics: sales targets, breakeven points, success ratios, royalty splits, website hits, ticket revenues, listener figures, piracy abuses and big data. Statistics are of consequence. They influence the music that consumers get to hear, they determine the revenues of music makers, and they shape the policies of governments and legislators. Yet many of these statistics are generated by the music industries themselves, and their accuracy can be questioned. This original new book sets out to explore this shadowy terrain.

While there are books that offer guidelines about how the music industries work, as well as critiques from academics about the policies of music companies, this is the first book that takes a sustained look at these subjects from a statistical angle. This is particularly significant as statistics have not just been used to explain the music industries, they are also essential to the ways that the industries work: they drive signing policy, contractual policy, copyright policy, economic policy and understandings of consumer behaviour.

This edited collection provides the first in-depth examination of the use and abuse of statistics in the music industries. The international group of contributors are noted music business scholars and practitioners in the field. The book addresses five key areas in which numbers are employed: sales and awards; royalties and distribution; music piracy; music policy; and audiences and their uses of music. The authors address these subjects from a range of perspectives. Some of them test the veracity of this data and explore its tactical use by music businesses. Others are helping to generate these numbers: they are developing surveys and online projects and offer candid self-observations in this volume. There are also authors who have been subject to statistics; they deliver first-hand accounts of music industry reporting.

The digital age is inherently numerical. Within the music industries this has prompted new ways of tracking the usage and recompense of music. In addition, it has generated new means of monitoring and engaging audience behaviour. It has also led to increased documentation of the trade. There is more reporting of the overall revenues of music industry sectors. There is also more engagement between industry and academia when it comes to conducting analyses and offering numerical recommendations to politicians.

The aim of this collection is to expose the culture and politics of data. Music industry statistics are all-pervasive, yet because of this ubiquity they have been under-explored. This book provides new ways by which to learn music by numbers.

A timely examination of how data and statistics are key to the music industries.  Widely held industry assumptions are challenged with data from a variety of sources and in an engaging, lucid manner. Highly recommended for anyone with an interest in how the music business uses and manipulates the data that digital technologies have made available.

Primary readership will be among popular music academics, undergraduate and postgraduate students working in the fields of popular music studies, music business, media studies, cultural studies, sociology and creative industries. The book will also be of interest to people working within the music industries and to those whose work encounters industry statistics.

Richard Osborne is Senior Lecturer in Popular Music at Middlesex University. He is the author of Vinyl: A History of the Analogue Record (Ashgate, 2012) and co-editor with and Zuleika Beaven and Marcus O’Dair of Mute Records: Artists, Business, History (Bloomsbury, 2018). Outside of academia, he has worked in record shops, held various posts at PRS for Music and co-managed a pub.

He publishes widely in the field of popular music studies, including the blog ‘Pop Bothering Me’ (http://richardosbornevinyl.blogspot.co.uk/).

Dave Laing’s books include The Sound of Our Time (Sheed and Ward, 1969); Buddy Holly (MacMillan, 1971); The Electric Muse: The Story of Folk into Rock, co-authored with Karl Dallas, Robin Denselow and Robert Shelton (Eyre Methuen, 1975); Encylopedia of Rock, co-edited with Phil Hardy (HarperCollins, 1976); The Marxist Theory of Art (Prometheus, 1979); One Chord Wonders (Open University Press, 1985); The Faber Companion to 20th Century Popular Music, co-authored with Phil Hardy (Faber & Faber, 1990); The Guerilla Guide to the Music Business, co-authored with Sarah Davies (Continuum, 2006); and Popular Music Matters: Essays in Honour of Simon Frith, co-edited with Lee Marshall (Ashgate, 2014). One of the founding figures of popular music studies, Dave sadly passed away in 2019 when Music by Numbers was in production.

PART ONE: Winners and Losers

“The book could have been called ‘Doing a Number on Music Data’ as it does just that. It reveals the tricks and traps that seemingly objective statistics conceal and puts paid once and for all the notion that they should be taken at face value. Everyone should understand the basis for claims backed by data and actual or potential sources of bias. This book is a very good source for doing just that in the music industry.”

“Music By Numbers is a major contribution to popular music studies. The analyses and accounts here are detailed, rigorous, and inclusive, providing crucial resources for comparative and critical research as well as substantial counterweights to industry- and policy-serving materials.”

“From the Hit Parade to Spotify, whether in arguments about royalties, piracy or the relative value of the live and recorded sectors, the political economy of popular music has always been shaped by statistics. This collection of essays provides a thoughtful, sceptical and instructive guide to why and how music businesses use and abuse numerical data.”

“This book offers a timely examination of how data and statistics lie at the heart of the music industries – in making decisions, lobbying governments, and discussing internet piracy. Commonly held industry assumptions are challenged with recourse to a variety of data sources and methodologies, and in an engaging, lucid manner. Highly recommended for anyone with an interest in how the music business uses, abuses and manipulates the vast quantities of data that digital technologies have made available.”

“Everyone who is interested in music is, in one way or another, influenced by numbers - from tracks, hits and streams to profit margins, ticket prices and piracy rates. What the chapters in this collection demonstrate is that these numbers are never neutral; they are inherently political - constructed and presented in specific ways to suit particular interests. This book offers essential guidance for anyone who wants to make sense of the statistics that surround the music industry, and - fortunately - you don't need to be a maths whizz to understand it. In an age when the 'data' about music is constantly increasing, this collection will only increase in importance, helping future readers to make sense of numbers yet to be invented.”