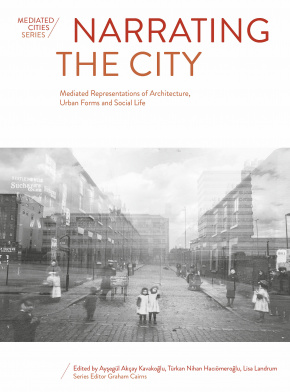 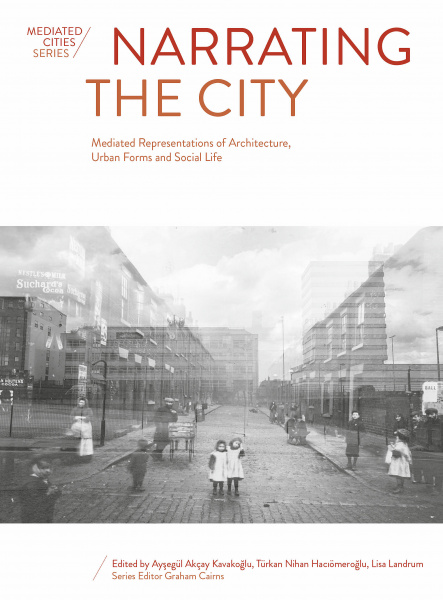 Considers how film and related visual media offer insights into the city, looking at the built environment as well as a lived social experience. It brings together an international group of filmmakers, architects, digital artists, designers and media journalists who critically read, reinterpret and create narratives of the city. 80 b/w illus.

Analysing a variety of international films and, ultimately, placing them in dialogue with video art, photographic narratives and emerging digital image-based technologies, the contributions explore the expanding range of ‘mediated’ narratives of contemporary architecture and urban culture from both a media and a sociological standpoint. Each chapter presents an interesting critical approach to the diversity of topics with clear explanation of the contextual framework and methodology, and a consistent depth of analysis.

In the three sections of the book, authors underline the continual role of film and media in creating moving image narratives of the city, identifying how it creates cinematic – and ever more frequently digital – topographies of contemporary urban culture and architecture, re-presenting familiar cities, modes of seeing, cultures and social questions in unfamiliar ways. This filmic emphasis is placed into dialogue with a more diverse range of related visual media, which illustrates the overlaps between them and reveals how moving image technologies create unique visual topographies of contemporary urban culture and architecture.

In making this shift from the filmic to the new age of digital image making and alternative modes of image consumption, the book not only reveals new techniques of representation, mediation and the augmentation of sensorial reality for city dwellers; its emphasis on ‘narrative’ offers insights into critical societal issues. These include cultural identity, diversity, memory and spatial politics, as they are both informed by and represented in various media.

The focus for the book is on how films can produce mediation of urban life and culture by connecting the notions of identity, diversity and memory. Both the subject and the approach are gaining in popularity in recent years. This book's main feature is its dual perspective, involving both practical and theoretical stances – and it is this approach that makes it a particularly relevant and original contribution.

Primary readership will be academics, scholars, undergraduate and postgraduate students and practitioners interested in architecture and media in general, film, moving images, urban studies in particular. Also of relevance to sociologists and those interested in cultural theory.   The inclusion of chapters on urban photography and art installations may also be of interest to students and designers in these areas.

Ayşegül Akçay Kavakoğlu is an architect and assistant professor in the Faculty of Architecture, Department of Landscape Architecture at Istanbul Technical University, Turkey. She is the editor of the Journal of Engineering Systems and Architecture.

Türkan Nihan Hacıömeroğlu is assistant professor in the Department of Architecture at Eskişehir Osmangazi University in Eskisehir, Turkey.

Lisa Landrum is associate professor and associate dean research in the Faculty of Architecture at the University of Manitoba in Winnipeg, Canada.

Introduction: Narrative Topographies of City and Urban Culture in Moving Images in the Age of Digitalization

Part I: Identity in Mediated Realms

1. Looking Up, Looking Down, Looking Awry

2. Materiality and the Maternal: Spatial Politics and Agency of the Cinematic Apartment in Japanese Horror Films

4. The Unconscious and the City: A Neuropsychoanalytic Exploration of Cinematic Space

5. A Vision of Complexity: From Meaning and Form to Pattern and Code

6. Architecture of Constructed Situation: Understanding the Perception of Urban Space through Media

8. Cinema and the Walled City

9. Architectures of the Suspended Moment

10. The City Is a Changing Medium: Imagining New York and Los Angeles in Doug Aitken’s Work

14. Multimedia Architectures: Case Study – Herakleion, a History of a City

Neo-formalism and the Architectural Lessons of Film