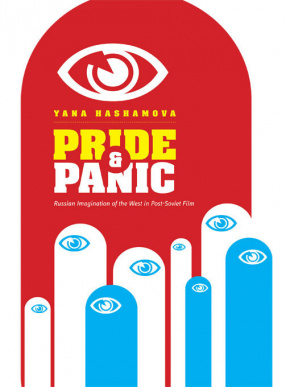 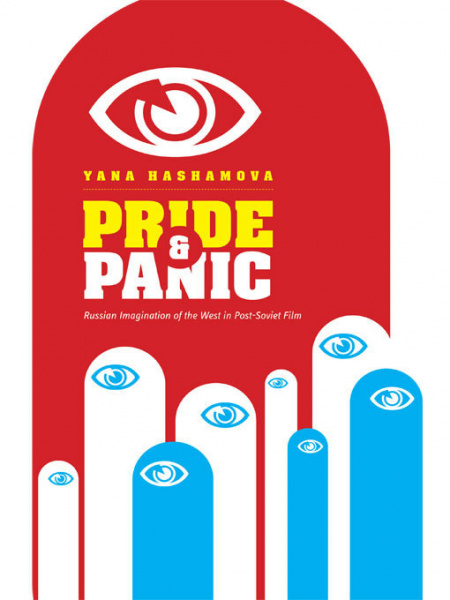 Russian Imagination of the West in Post-Soviet Film

Pride and Panic probes cinematic representations of the Russian national consciousness, a complex cocktail of fear, anger and anxious uncertainty. Hashamova examines the works of both established and lesser-known Russian directors, drawing parallels between evolving social attitudes in Russia and the development of an individual human psyche.

Through the looking-glass of Russian national cinema, Pride and Panic explores Russia’s anxious adjustment towards the expansion of Western culture. Russian film is shown, in both its creation and perception, to expose the intriguing dynamics of societal psychological conditions. Using specific film examples, the book delves into the subterranean recesses of Russian national consciousness, exposing an internal ambivalence and complex cultural reaction towards the rise of the West. These fears, fantasies and tremulous anxieties are examined through the representation of the West in films by both established and lesser-known Russian directors. Using a highly original and unorthodox approach, the author parallels the shifting dynamics of attitudes and identity in Russia, caused by globalization, to stages of development in an individual human psyche. The book cohesively unveils the psychological turmoil experienced by Russia towards a change in global relations. A text of particular interest to scholars, students and readers involved with contemporary film and, in particular, Russian cinema and culture.

Yana Hashamova is assistant professor in the Department of Slavic and East European Languages and Literatures and an associate faculty member of the Interdisciplinary Film Program and the Departments of Comparative Studies and Women's Studies at the Ohio State University.

“Hashamova speaks to a wide constituency of readers. The accessibility of Pride and Panic commends it as a course reader and handbook for undergraduate students of contemporary Russian film and culture. It can be recommended as a good introduction for members of the general public keen to know more about Russian cinematography and its bearing on the complex identities emerging in post-Soviet Russian today.”—Galina Miazhevich, Russian Journal of Communication

“Yana Hashamova offers an important contribution and her analysis is recommended for all levels of interest in post-Soviet Russian cinema, from academic film scholar to cineaste.”—Lars Kristensen, Senses of Cinema

“Shows a close reading of a voluminous amount of literature, thoughtful viewings of the films, and the ability to bring quite diverse subject matter and approaches together into a fascinating study of Russian film at the millennium. The scope of this book and its reflective quality should be of interest to scholars and students of Russian history, culture, and film. It is well worth reading.”—Alexandra Heidi Karriker, Russian Review

“Lucid and eminently accessible, Pride and Panic differs from other studies of contemporary Russian film in its theoretical framework, which incorporates psychoanalysis, gender, and concepts of alterity and community to analyze Russia’s post-Soviet embattled cinematic reconstruction of masculine and national identity. An absorbing read, the book pursues its argument of comprehensive politico-social trauma with consistency and conviction.”—Helena Goscilo, University of Pittsburgh