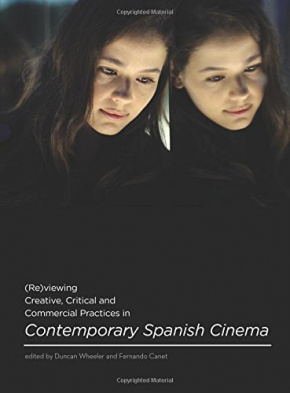 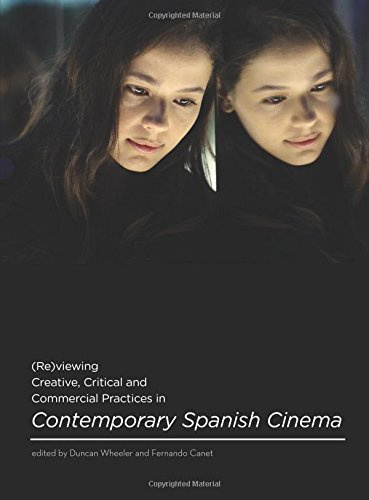 This volume is a reassessment of contemporary Spanish cinema from 1992 to 2012, bringing leading academics from a broad range of disciplinary and geographical backgrounds into dialogue with critically and commercially successful practitioners to suggest the need to redefine the parameters of one of the world's most creative national cinemas.

Formulated around a number of key thematic concerns – including new creative trends; the politics and practices of memory; auteurship, genre and stardom in a transnational age – this reassessment of contemporary Spanish cinema from 1992 to 2012 brings leading academics from a broad range of disciplinary and geographical backgrounds into dialogue with critically and commercially successful practitioners to suggest the need to redefine the parameters of one of the world’s most creative national cinemas. This volume will appeal not only to students and scholars of Spanish films, but also to anyone with an interest in contemporary world cinema.

Dr Fernando Canet is associate professor in film and media studies at the Fine Arts College (Polytechnic University of Valencia, Spain). He has been a visiting research fellow at the Goldsmiths College (University of London), at New York University and at the University of Kent. He is the author of two books, co-author of another about film narrative and co-editor of three books, special mention to his co-edited book titled (Re)viewing Creative, Critical and Commercial Practices in Contemporary Spanish Cinema (Duncan and Canet 2014, Intellect Ltd). He has been the guest editor of a special issue of Hispanic Research Journal on Contemporary Spanish Cinema and a special issue of L’Atalante on Cinephile Directors in Modern Time. When the Cinema Interrogates Itself. His latest articles have been published in Communication & Society, Studies in European Cinema, Studies in Documentary Films, The Journal of Popular Culture, Popular Communication, Bulletin of Spanish Studies, Journal of Film and Video, Journal of Screenwriting and International Journal of Cultural Studies.

Duncan Wheeler is Associate Professor in Spanish studies at the University of Leeds, where he is also a member of the Executive Committee for the Centre for World Cinemas.

Chapter 1: Introduction: How and Why This Book Came into Being – Fernando Canet and Duncan Wheeler

Chapter 3: From the Past to the Present: Contemporising Trends that Define Spanish Cinema – Fernando Canet

Part 1: Sense and Sensibility: New Forms of Being and Seeing in Recent Spanish Cinema

Chapter 5: The New Ethos of Gay Culture and the Limits of Normalization – Helio San Miguel

Chapter 6: Behind the Enigma Construct: A Certain Trend in Spanish Cinema – Javier Moral

Part 2: Revisiting the Past: The Politics of Memory and the Transition’s Cinematic Legacy

Chapter 14: Back to the Future: Repackaging Spain’s Troublesome Past for Local and Global Audiences – Duncan Wheeler

Part 3: Redefining Auteurship, Genre and Stardom in a Transnational Age

Chapter 16: Almodóvar in the USA/The USA in Almodóvar – Cristina Martínez-Carazo

Chapter 27: The Art Director as Architect: The Reconstruction of Deconstructed Memories – Sandra Martorell

'The tome is a must-read for all scholars and serious students of contemporary Spanish cinema.'