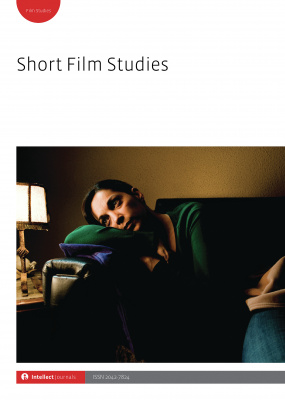 Intellect is pleased to announce that Short Film Studies 11.2 is out now!

The primary purposes of SFS include the following:

Its principal focus is on short fiction films, with additional attention to non-fiction, commercial/non-commercial and other narrative shorts, as well as to short form filmmakers, genres, festivals and curation. The aim of SFS is to reflect the inclusivity of short form media and filmmakers, and the variety of scholarly and critical approaches that are relevant to the form.

Data on the film and the director

A schematic breakdown of Trade Queen

An interview with David Wagner on Trade Queen

From rivers to reservoirs: Swimmer as psychogeographic cinema

The beautiful and the damned: Depictions of Scottish childhoods in Small Deaths and Gasman

Brevity and unity in Small Deaths

Music video (de)legitimacy and the construction of a (short form) auteur: David Fincher and talent management

Voices from a distance: Sámi short film production in 2020