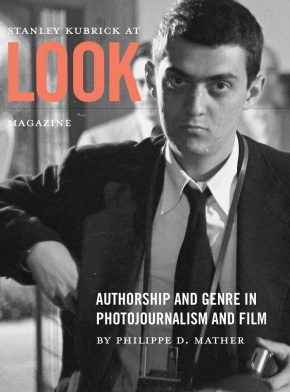 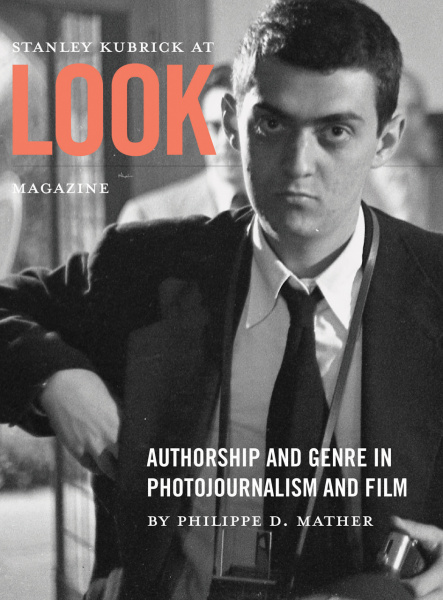 Authorship and Genre in Photojournalism and Film

Beautifully written and exhaustively researched, Stanley Kubrick at Look Magazine features never-before-published photographs from the Look archives and complete scans of Kubrick’s photo essays from hard-to-obtain back issues of the magazine. It will be an indispensable addition to the libraries of Kubrick scholars and fans.

From 1945 to 1950, during the formative years of his career, Stanley Kubrick worked as a photojournalist for Look magazine. Offering a comprehensive examination of the work he produced during this period – before going on to become one of America’s most celebrated filmmakers – Stanley Kubrick at Look Magazine sheds new light on the aesthetic and ideological factors that shaped his artistic voice.   Tracing the links between his photojournalism and films, Philippe Mather shows how working at Look fostered Kubrick’s emerging genius for combining images and words to tell a story. Mather then demonstrates how exploring these links enhances our understanding of Kubrick’s approach to narrative structure – as well as his distinctive combinations of such genres as fiction and documentary and fantasy and realism.

Philippe Mather is an associate professor of media studies at the University of Regina, Canada.

PART I: Authorship: A Sociology of Production

Chapter 8: From Photojournalism to Film: Transmedial Correspondences in the Formal and Stylistic Systems

Chapter 8: From Photojournalism to Film: Transmedial Correspondences in the Formal and Stylistic Systems

'By exploring the images captured by the teenager standing behind the still photography lens, 'Stanley Kubrick at Look Magazine' brings more into focus the creative decisions made by the filmmaker as an adult.'

'Detailed and at times broad, it is fervently written and researched, and uncovers the sources of the 'Kubrickian worldview' whose origins have seldom been studied, nor particularly established.'

'Mather provides valuable background on the practices and conventions of 'Look' and other post-war magazines, contextualising Kubrick's photo-stories before analysing them aesthetically'