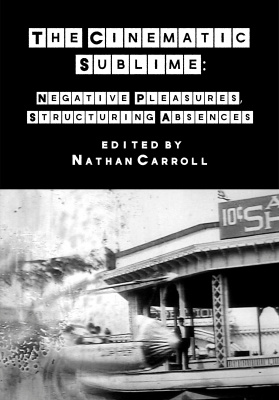 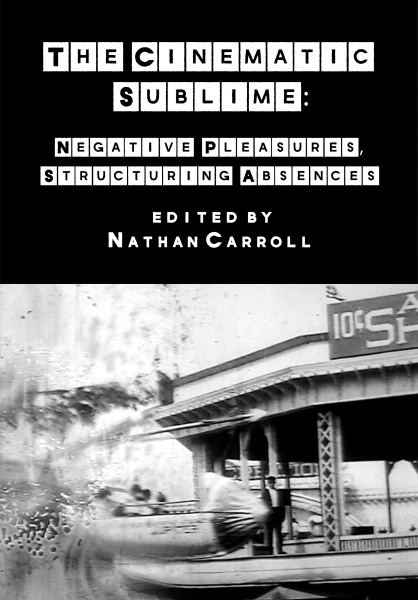 An academic reader bridging the disciplines of aesthetics and film studies by focusing on cinematic sublimity. Original essays by contemporary film scholars and philosophers with topics and case studies ranging from early cinema and classical Hollywood to avant-garde film and contemporary digital cinema.

This interdisciplinary volume is dedicated to exploring the idea of the cinematic sublime by bringing together the disciplines of film studies and aesthetics to examine cinema and cinematic experience. Explores the idea of ‘the sublime’ in cinema from a variety of perspectives; the essays range in focus from early cinema, through classical Hollywood, documentary, avant-garde and art cinema traditions, and on to contemporary digital cinema. The book aims to apply the discussion of the sublime in philosophy to cinema and to interrogate the ways in which cinema engages with this tradition.

Offers new and exciting insights into how cinema engages with traditional historical and aesthetic discourse. Original and wide-ranging, this clear and coherent volume is a useful resource for both post-graduate students and established scholars interested in the interrelations between film and philosophy. The range of material covered in the individual essays makes this a wide-ranging and very useful introduction to the topic.

A significant new contribution to the literature on Film-Philosophy. What sets this reader apart from the existing books on the subject is the wider scope. It embraces both philosophers and film scholars to consider films from throughout film history in light of theories of the sublime from throughout the history of Philosophy. In doing so it aims to demonstrate the diverse value of sublime approaches (versus a singular definition and philosophical perspective) to a wider range of films than has previously been considered.

An original and stimulating collection of essays contributing new insights into the crossover between historical and aesthetic approaches to contemporary cinema and cinematic experience.

The main readership will be academic markets including film studies and philosophy, and academics with an interest in the legacies of Burke and Kant on aesthetics. Useful for teaching aesthetics through cinematic illustration and application.

Appropriate to final year undergraduate and postgraduate students with an interest in ideas at the boundaries of contemporary film studies.

Nathan Carroll is a professor in the Department of Communication, Theatre, and Art at The College of St. Scholastica in Duluth, Minnesota where he teaches courses in film studies, media criticism and sublime aesthetics.

1. Sublime Spectatorship on Tour: The Early British Scenic and the Quest for the Perfect View 10

2. Stars Up Close: Celebrity, Ephemerality, and the Banal Sublime 24

3. Between Preservation and Disintegration in Decayed Cinema: The Uncanny and the Weird of the Sublime Archival Image in Hollis Frampton’s (nostalgia) (1971) and Bill Morrison’s Decasia (2002) 40

6. Jerry Lewis’s Holocaust and the Limits of Invisibility 85

7. A Short History of the Long Take: Digital Cinema and the “Infinite Cut” 98

8. Stalking the Sublime: Nature and Affect in Andrei Tarkovsky’s Stalker 124

10. The Fear of Beauty and the Beauty of Fear: The Sublime in Jonathan Glazer’s Under the Skin 155

Notes on the Contributors 189

'Editor Nathan Carroll writes in his introduction that ‘the only common factor in all the theories of the sublime is the lack of agreement between them’ (p. 1). Applying the concept to cinema raises a further set of questions. [...] But the concept of the sublime can be fruitfully applied to cinema, as this anthology demonstrates.

While the ten authors are for the most part from film or media studies departments and the book is pitched very much at film scholars and philosophers, the variety of topics means that it can also be dipped into by anyone possessing a rudimentary grasp of critical terms.'