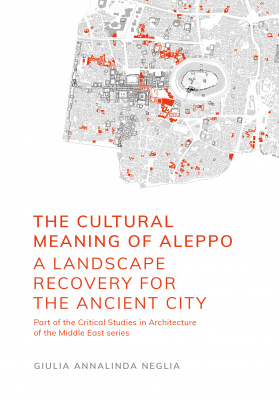 The Cultural Meaning of Aleppo 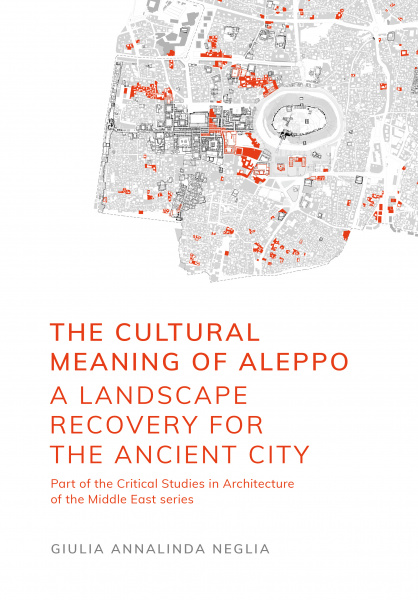 The Cultural Meaning of Aleppo (Book)

A Landscape Recovery for the Ancient City

A documentation of the cultural meaning of the urban landscape of the Ancient City of Aleppo though the urban structures and characteristic courtyard houses, this is both a theoretical and practical handbook for architects, urban planners and restorers alike. 70 b/w illus.

The book documents the history and morphology of the Ancient City of Aleppo, outlining first the urbanistic development of the city and then focusing on the architectural heritage with specific focus on the domestic architecture, addressing the initiatives to reconstruct and rehabilitate the urban fabric. The author argues in favour of the safeguarding and rehabilitation of the architectural heritage to protect the cultural memory of the inhabitants of Aleppo, despite of the destruction of architecture due to the recent war.

Through a capillary documentation of the palimpsest of Aleppo – the peculiar characteristics of its courtyard houses and the neighbourhoods of Bayyada, Bab Quinnesrin and al-Farafra – this is a theoretical and practical handbook for architects, urban planners and restorers alike. Through this analytical discussion of the city’s urban fabric, it introduces the concept of the cultural urban landscape acting as a 'cohesive territorial organism', nourished by different cultures, in which contrasting scales of land, city and neighbourhood are interconnected in a fractal state. With a focus on retaining the uniqueness and diversity of this residential typology, which bore witness to the rich cultural history of Syria and the Middle East as a whole, Neglia maps a future reconstruction that focuses on cultural continuity, tradition and the re-establishment of a crucial social memory.

Will also be of significant interest to professionals dealing with the implementation of rehabilitation measures in other cities inscribed on the Word Cultural Heritage List, or cities with a sound historic fabric which has been destroyed due to war or other events.

Giulia Annalinda Neglia is associate professor of landscape architecture in the Department of Civil Engineering Sciences and Architecture at the Polytechnic University of Bari in Italy.

Introduction: Why Aleppo is Important: Framework and War Scenario

Chapter I: The Cultural Significance of Aleppo’s Forma Urbis: An Overview of Layers and Ideas of Urban Conformation

Natura Naturalis and Natura Artificialis: The Plateau and the Tells

The Specialized Mamluk and Ottoman City

The Gutted and Transformed Modern City

The Basic Elements of the House: Multi-purpose and Special Rooms

Chapter III: The Cultural Significance of the Reconstruction: Urban Recovery against Amnesia

Framework for Reconstruction and Recovery

Memory, Culture and Identity: Challenges for a Culture-Oriented Recovery

Recommendations and Strategies for a Culture-Oriented Urban Recovery