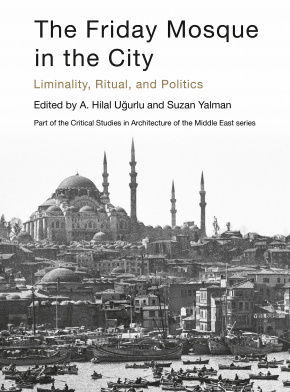 The Friday Mosque in the City 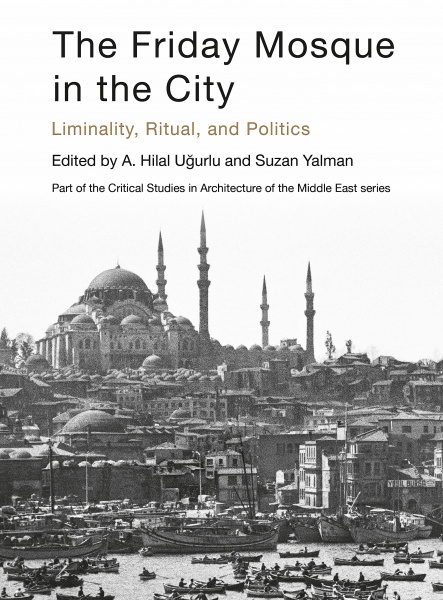 The Friday Mosque in the City (Book)

Edited volume exploring the dynamic relationship between the Friday Mosque and the city. While the Friday mosque and the 'Islamic City' have been widely studied by historians of Islamic architecture and urbanism, this volume specifically examines the functional and spatial ambiguity or liminality between sacred and urban spaces. 101 col. illus.

Concerned with the relationship between Friday mosque and city in the Islamic context. Focusing particularly on the Friday mosque, the book aims at exploring the concept of liminal(ity) in spatial terms and discuss it in terms of the relationship between the Friday mosque and its surrounding urban context. Transition spaces/zones between the mosque and the urban context are discussed through the case studies from various contexts. In doing so, the manuscript reveals different forms of liminality in spatial sense.

Considers widely-studied topics such as the ‘Friday mosque’ or the ‘Islamic city’ through a fresh new lens, critically examining each case study in its own spatial urban and socio-cultural context. While these two well-known themes – concepts that once defined the field – have been widely studied by historians of Islamic architecture and urbanism, this collection specifically addresses the functional and spatial ambiguity or liminality between these spaces. Thus, instead of addressing the Friday mosque as the central signifier of the ‘Islamic city’, the articles in this volume provide evidence that there was (and continues to be) a tremendous variety in the way architectural borders became fluid in and around Friday mosques across the Islamic geography, from Cordoba to Jerusalem and from London to Lahore.

By historicizing different cases and contributing to our knowledge of the way human agency through ritual and politics shaped the physical and social fabric of the city, the papers collectively challenge the generalizing and reductionist tendencies in earlier scholarship.  The disciplinary approaches are varied, and include archaeology, art history, history, epigraphy and architecture.

The original approach in the book, addressing of the topic of liminality from different points of view and in different periods, creates a fresh approach that invites students and scholars to think deeply about the imbrication of congregational mosques in the daily life of the cities that host them. Moreover, in considering mosque and city together, the mosque appears as a living space subject to change and history and made with political and social purpose, rather than as a holy space disconnected from the rest of the world.

Traditional studies of mosques focus on architecture and aesthetic language and try to establish a lineal development of the building typology connected to the history of Islam across different territories. The present study offers an alternative (though not competing) perspective where locality and politics play a major role in the materialization of the congregational mosque as a religious and communal space. The wide historical frame enables comparison of congregational mosques in different historical periods: it is particularly a strong contrast to see how the liminality of the mosque changes between the early and classical periods of Islam on one side and the more contemporary times on the other. The consideration of diverging cultural, political and sectarian settings is another interesting element of comparison.

A. Hilâl Uğurlu is associate professor of architectural history at MEF University, Istanbul and Suzan Yalman is assistant professor in the Department of Archaeology and History of Art at Koç University, Istanbul. Most recently, they have co-edited a volume for Koç University’s Research Center for Anatolian Civilizations entitled: Sacred Spaces and Urban Networks (Istanbul: ANAMED, 2019).

A. Hilal Ug˘urlu and Suzan Yalman

Section I: Spatial Liminalities: Walls, Enclosures, and Beyond 19

Liminal Spaces in the Great Mosque of Cordoba: Urban Meaning

Lahore’s Badshahi Masjid: Spatial Interactions of the Sacred and the Secular 51

During the Mamluk Period 75

Sanctifying Konya: The Thirteenth-Century Transformation of the

Seljuk Friday Mosque into a ‘House of God’ 125

The Sacred Topography of Safavid Isfahan 157

Perform Your Prayers in Mosques!: Changing Spatial and Political Relations

Urban Morphology and Sacred Space: The Mashhad Shrine During the

Towards a New Typology of Modern and Contemporary Mosque in Europe,

Including Russia and Turkey 277