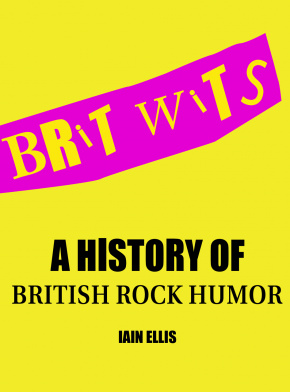 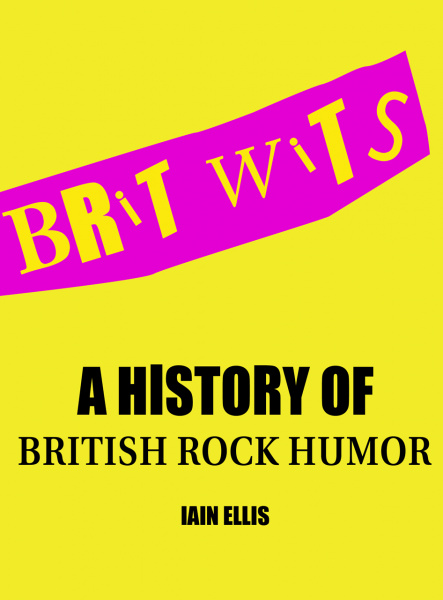 A History of British Rock Humor

Through a compilation of essays and profiles, Brit Wits shows how and why humour has been such a powerful catalyst and expressive force in rockers' work. Ellis trains his attention on those whose music and persona exude defiance to investigate the nature of rock humour and how these groups have used it to attack prevailing social structures.

Humour, as much as any other trait, defines British cultural identity. It is 'crucial in the English sense of nation,' argues humour scholar Andy Medhurst; 'To be properly English you must have a sense of humour,' opines historian Antony Easthope. Author Zadie Smith perceives British humour as a national coping mechanism, stating, 'You don’t have to be funny to live here, but it helps.' Sex Pistols frontman Johnny Rotten concurs, commenting, 'There’s a sense of comedy in the English that even in your grimmest moments you laugh.' Although humour invariably functions as a relief valve for the British, it is also often deployed for the purposes of combat. From the court jesters of old to the rock wits of today, British humorists – across the arts – have been the pioneers of rebellion, chastising society’s hypocrites, exploiters and phonies, while simultaneously slighting the very institutions that maintain them.

The best of the British wits are (to steal a coinage from The Clash) 'bullshit detectors' with subversion on their minds and the jugulars of their enemies in their sights. Such subversive humour is held dear in British hearts and minds, and it runs deep in their history. Historian Chris Rojek explains how the kind of foul-mouthed, abusive language typical of British (punk) humour has its antecedents in prior idioms like the billingsgate oath: 'Humour, often of an extraordinary coruscating and vehement type, has been a characteristic of the British since at least feudal times, when the ironic oaths against the monarchy and the sulfurous ‘Billingsgate’ uttered against the Church and anyone in power were widespread features of popular culture. Rojek proceeds to fast forward to 1977, citing the Sex Pistols’ 'Sod the Jubilee' campaign as a contemporary update of the Billingsgate oath. For Rojek, the omnipresence of British caustic humour accounts for why the nation has historically been more inclined toward expressions of subversive rebellion than to violent revolution. 'Protest has been conducted not with guns and grenades, but with biting comedy and graffiti,' he observes.

As an outlet for venting and as an alternative means of protest, Brit wit, not surprisingly, has developed distinctive communicative patterns, with linguistic flair and creative flourishes starring as its key features. Far more than American humour, for example, British humour revels in colourful language, in lyrical invective, in surrogate mock warfare. One witnesses such humour daily in the Houses of Parliament, where well-crafted barbs are traded across the aisle, the thinly veiled insults cushioned by the creativity of the inherent humour. Such wit is equally evident throughout the history of British rock, where rebellion has defined the rock impulse and comedic dissent has been a seemingly instinctual activity.

Iain Ellis is a lecturer in the Department of English at the University of Kansas, a bimonthly columnist for PopMatters and the author of Rebels Wit Attitude: Subversive Rock Humorists.