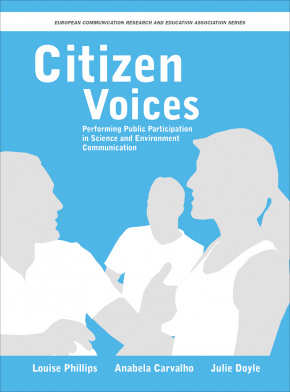 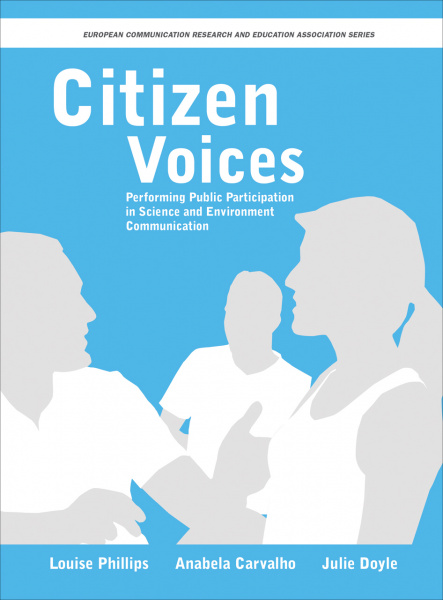 Citizen Voices explores the ways in which citizen voices on science and environmental issues are articulated, heard, marginalized and silenced in mass media, policymaking, and other public venues. In a range of case studies from countries across Europe and North America, contributors offer empirical insights about the articulation of citizen voices, as well as citizens’ scope for action in different national, cultural and institutional contexts. Drawing on science and technology, environmental studies and media and communication studies, they also present methods for foregrounding the role of communication in scientific and environmental governance.

This book concentrates exclusively on the dialogic turn in the governance of science and the environment. The starting point for this book is the dialogic turn in the production and communication of knowledge in which practices claiming to be based on principles of dialogue and participation have spread across diverse social fields. As in other fields of social practice in the dialogic turn, the model of communication underpinning science and environmental governance is dialogue in which scientists and citizens engage in mutual learning on the basis of the different knowledge forms that they bring with them. The official aim is to involve citizens in processes of decision-making on scientific and environmental issues, including issues relating to the built environment such as urban planning. The attempt in this book has been made to build bridges across the fields of science and technology studies, environmental studies and media and communication studies in order to provide theoretically informed and empirically rich accounts of how citizen voices are articulated, invoked, heard, marginalised or silenced in science and environment communication.

Louise Phillips is associate professor in the Department of Communication, Business, and Information Technologies at the University of Roskilde.

PART I: Public Participation and Media

Chapter 2: When Citizens Matter in the Mass Mediation of Science: The Role of Imagined Audiences in Multidirectional Communication Processes – Ursula Plesner

Chapter 4: Citizen Action and Post-Socialist Journalism: The Responses of Journalists to a Citizen Campaign against Government Policy towards Smoking – Pavel P. Antonov

Chapter 6: Online Talk: How Exposure to Disagreement in Online Comments Affects Beliefs in the Promise of Controversial Science – Ashley A. Anderson, Dominique Brossard, Dietram A. Scheufele and Michael A. Xenos

Chapter 7: Communicating about Climate Change in a Citizen Consultation: Dynamics of Exclusion and Inclusion – Louise Phillips

Chapter 8: Public Engagement as a Field of Tension between Bottom-up and Top-down Strategies: Critical Discourse Moments in an ‘Energy Town’ – Anders Horsbøl and Inger Lassen

'This focus on the dialogic process is both timely and stimulating, given the increasing inclusion of public participation in governance processes, particularly in relation to development of government policy on environmental science.'

'This edited scholarly book is a worthy read not just for those in the field of environment and science communication. There are at least four groups of people who would find this book useful: students, practitioners in the field, experts, and journalists. This book is an essential addition to the body of knowledge in this field. Further, 'Citizen Voices' is most satisfying in the way it interrogates, contextualizes, and challenges the all too familiar concepts of public participation and dialogue in a field generally considered complex'

BookThe Independence of the Media and its Regulatory AgenciesBy Wolfgang Schulz, Peggy Valcke and Kristina Irion

BookThe Social Use of MediaEdited by Helena Bilandzic and Geoffroy Patriarche