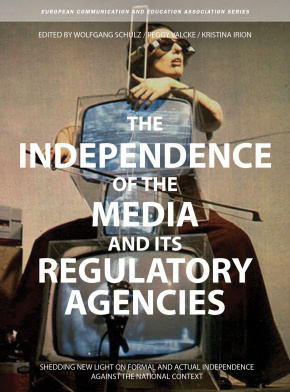 The Independence of the Media and its Regulatory Agencies 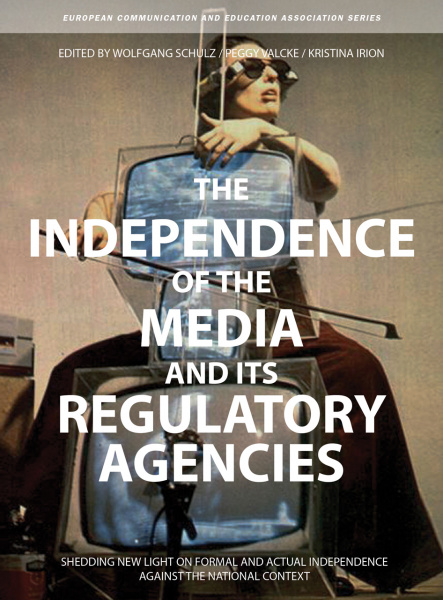 The Independence of the Media and its Regulatory Agencies (Book)

Wolfgang Schulz is professor of law and director of the Hans Bredow Institute at the University of Hamburg.

Peggy Valcke is research professor at the University of Leuven, Belgium, and teaches media law at the Hogeschool-Universiteit Brussel.

Kristina Irion is assistant professor in the Department of Public Policy and research director in public policy at the Centre for Media and Communications Studies at the Central European University in Budapest.

Part I: Assessing the independence of regulatory bodies within the audiovisual media sector

Chapter 2: Delegation to independent regulatory authorities in the media sector: A paradigm shift through the lens of regulatory theory – Kristina Irion and Roxana Radu

Chapter 5: Locating a regulator in the governance structure: A theoretical framework for the operationalization of independence – Stephan Dreyer

Part II: Media systems and the culture of independence

Chapter 8: The independence of media regulatory authorities and the impact of the socio-political context: A comparative analysis of Greece and Italy – Evangelia Psychogiopoulou, Federica Casarosa and Anna Kandyla

Chapter 9: Does the complexity of institutional structures in federal states influence the independence of AVM regulatory authorities? A review of the cases of Germany and Belgium – Pierre-François Docquir, Sebastian Müller and Christoph Gusy

Chapter 11: Independence through intervention? International intervention and the independence of the Communications Regulatory Agency in Bosnia and Herzegovina – Tarik Jusić

'Provides a solid survey of European practices and organisations, and how they are changing amidst the media technological revolution'

BookThe Social Use of MediaEdited by Helena Bilandzic and Geoffroy Patriarche