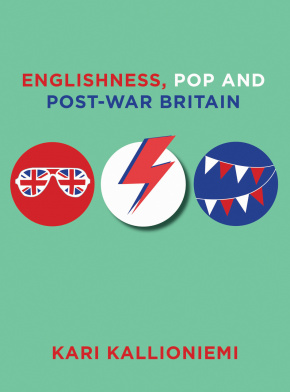 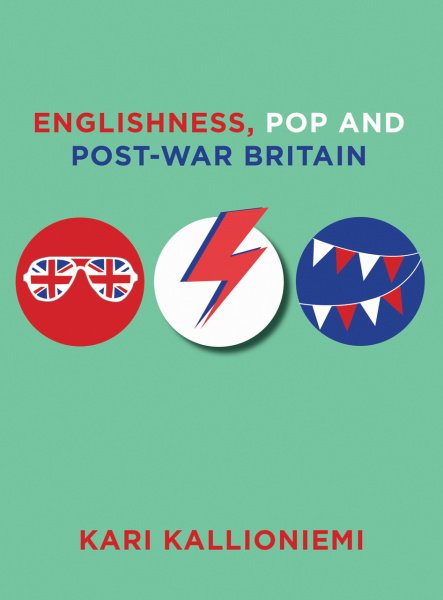 English pop music served a key role in defining, constructing and challenging various ideas about Englishness after World War II. Kallioniemi covers a range of styles of pop as he explores the question of how various artists, genres and pieces of music contributed to the developing understanding of who and what was English in the postwar years.

English pop music was a dominant force on the global cultural scene in the decades after World War II – and it served a key role in defining, constructing and challenging various ideas about Englishness in the period. Kari Kallioniemi covers a stunning range of styles of pop – from punk, reggae and psychedelia to jazz, rock, Brit Pop and beyond – as he explores the question of how various artists (including such major figures as David Bowie and Morrissey), genres and pieces of music contributed to the developing understanding of who and what was English in the transformative post-war years.

Publication Forum (Finland) lists this book as a Level 2 publication, where ‘the highest-level publications are directed as a result of extensive competition and demanding peer-review’.For Intellect’s full listings in this catalogue, please click here.

Kari Kallioniemi is a researcher, adjunct professor and the leader of the ‘Thatcherism, Popular Culture and the 1980s’ project at the Cultural History department, University of Turku. His research interests focus on the relationships between different notions of nationality, neo-right and popular culture. His recent book on this subject is Englishness, Pop and Post-War Britain (Intellect, 2016). His current project deals with the themes of fascination with fascism in popular culture.

1.2. Between Modernity and Tradition: Imaginary Englishness

1.4. Pop-Englishness and Transnationalism: The History of Americanization and Relation to Europe

2.2. Young England, Half English: Englishness, the History of National Music and the Emergence of British Rock’n’roll

2.3. The Myth of Swinging Englishness: The British Invasion and Swinging London

2.4. Lazing on a Sunny Psychedelic Afternoon − Englishness and the 1960s Nostalgia for Imaginary Spaces of England

Chapter 3: Anarchy and Enterprise in the UK and the Multiplying of Notions of Pop-Englishness

3.1. From the Winter of Discontent to Free Enterprise: Thatcherism, Pop and Englishness

3.2. Punk, Disco and Progressive Rock: The Proliferation of Pop-Englishness in the 1970s

3.3. Dandyist Masks and Escape Rout(in)es of David Bowie and the New Pop

Chapter 4: The Road to Britpop and Back

4.2. Morrissey as an International Outsider

4.3. The North Strikes Back − Madchester and the Northern Metaphor Revisited

4.4. The Battle for Britpop

4.5. Post-Britpop and the Ghosts of Englishnesses Past