Alexis Krasilovsky is the writer/director of the global feature Women Behind the Camera, winner of four “Best Documentary” awards and based on her book of the same title. Her most recent global documentary is Let Them Eat Cake, about the pleasures and perils of pastry. Krasilovsky studied at Yale University and received an MFA in Film/ Video from CalArts. She is Professor of Screenwriting and Media Theory & Criticism at California State University, Northridge.

Harriet Margolis has authored essays on film, literature, and feminism published in Poetics Today, Semiotica, Para*Doxa, Cinema Journal, and the Quarterly Review of Film and Video, as well as book chapters on responsibility and collaboration in representations of the Nazi era, self-directed stereotypes in African American cinema, and cultural capital and the Jane Austen adaptations. Author of The Cinema Ideal (1988; reprinted by Routledge, 2013), she is editor of Jane Campion’s “The Piano” (2000; Cambridge UP), and co-editor of Studying the Event Film: “The Lord of the Rings” (2006; Manchester UP).

The winner of the 2011 Joe Hill Award for labor poetry, Julia Stein, as book editor, has published Walking Through a River of Fire: 100 Years of Triangle Poetry and Every Day is an Act of Resistance: Selected Poetry of Carol Tarlen. Her fifth and most recent book of poetry is titled What Were They Like? 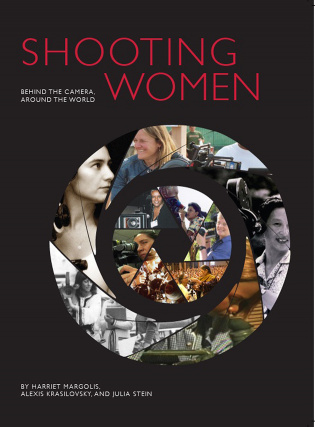