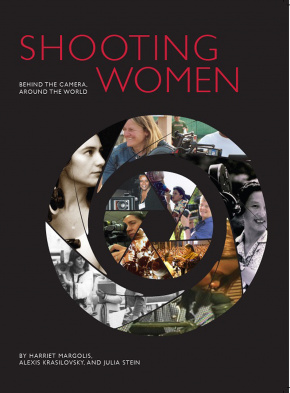 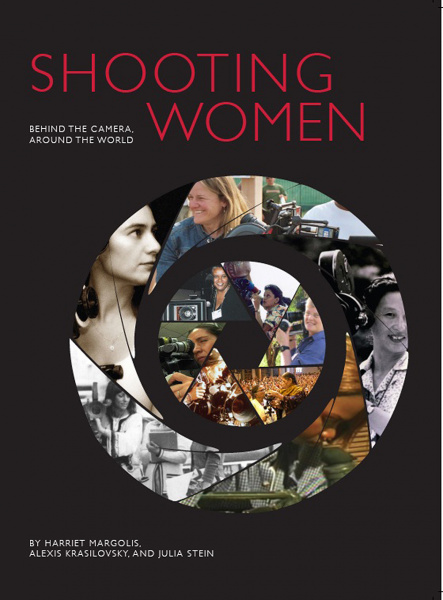 Behind the Camera, Around the World

Shooting Women takes readers around the world to explore the lives of camerawomen working in features, TV news and documentaries. From pioneers like America's Jessie Maple Patton to China's first camerawomen to women in poverty empowered by cameras in rural India, this book reveals a world of women working with courage and skill in what has long been seen as a male field.

Shooting Women takes readers around the world to explore the lives of camerawomen working in features, TV news, and documentaries. From pioneers like African American camerawoman Jessie Maple Patton who got her job only after suing the union – to China’s first camerawomen – who travelled with Mao – to rural India where women in poverty have learned camerawork as a means of empowerment, Shooting Women reveals a world of women working with courage and skill in what has long been seen as a male field.

Alexis Krasilovsky is the writer/director of the global feature Women Behind the Camera, winner of four 'Best Documentary' awards and based on her book of the same title. Her most recent global documentary is Let Them Eat Cake, about the pleasures and perils of pastry. Krasilovsky studied at Yale University and received an MFA in Film/ Video from CalArts. She is Professor of Screenwriting and Media Theory & Criticism at California State University, Northridge.

Harriet Margolis has authored essays on film, literature, and feminism published in Poetics Today, Semiotica, Para*Doxa, Cinema Journal, and the Quarterly Review of Film and Video, as well as book chapters on responsibility and collaboration in representations of the Nazi era, self-directed stereotypes in African American cinema, and cultural capital and the Jane Austen adaptations. Author of The Cinema Ideal (1988; reprinted by Routledge, 2013), she is editor of Jane Campion’s 'The Piano' (2000; Cambridge UP), and co-editor of Studying the Event Film: 'The Lord of the Rings' (2006; Manchester UP).

The winner of the 2011 Joe Hill Award for labor poetry, Julia Stein, as book editor, has published Walking Through a River of Fire: 100 Years of Triangle Poetry and Every Day is an Act of Resistance: Selected Poetry of Carol Tarlen. Her fifth and most recent book of poetry is titled What Were They Like?

Job titles and some useful definitions

Chapter 1: How do women become camerawomen?

Learning on the job

Two Examples of Feminist Groups: Women in Film and Behind the Lens

Filming in the Service of Social Activism: Video SEWA and Aina

Chapter 2: How hard can it be?

When Cameras Were Heavy

Breaking Out of Isolation

Rising through the Ranks

Chapter 3: Documentary: A good and satisfying career choice that is statistically friendlier to women that feature fiction filmmaking

Filming History Being Made in China

The Freedom of Independent Films

Lighting as a Cinematographer’s Dream Job

Chapter 6: Shooting around the world

Erika Addis on Beginning her Career

Arlene Burns on Filming in the Kuril Islands

Jolanta Dylewska on Filming in Kazakhstan

Sabeena Gadihoke on Filming Three Women and a Camera

Rozette Ghadery on Filming in Kurdistan

Sue Gibson on Filming in Jordan

Marina Goldovaskaya on Filming History Being Made in Russia

Chapter 7: Can camerawomen also be women?

Working with the Crew

Working with Directors and Procedures

The Advantages of Being Female

Chapter 10: What do Camerawomen see?

Aspirations for the Future

List of camerawomen whose interviews are included in this book

'Shooting Women: Behind the Camera, Around the World offers a comprehensive look at the rich and largely unexplored history of camerawomen from all across the globe. In addition, Krasilovsky, Margolis, and Stein provide a detailed account of how unions have often failed to recognize discrimination against women in the workplace—and even within the union itself. Historical overviews as well as first-hand accounts of these women working behind the scenes make for a book that is both educational and engaging.'

'If you are looking for an invaluable gift to give a woman interested in film-making or already working in the industry, this book could transform her life and career. I took two days this week and read "Shooting Women" cover-to-cover. I was fascinated and very moved by it. What a gift these three authors have given to women filmmakers everywhere. This book is not just for women interested in cinematography, it's truly a must-read for anyone interested in women in film, film-making, and working in this industry. When I put the book down I felt like I had spent two days at a retreat with a big, wonderful group of women filmmakers who deeply care about each other, and who really want to help support each others' careers. It is easy to read, and phenomenally rich in information and wisdom. A priceless book that should be included in the curriculum of every film school around the world. “Shooting Women” belongs on the bookshelf of anyone interested in film-making or women in film.'

'For any young woman contemplating a career in film production… this book will help to provide a clear-eyed view of what that career may look like.'