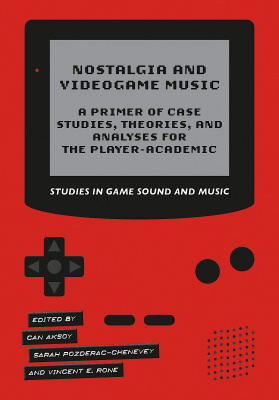 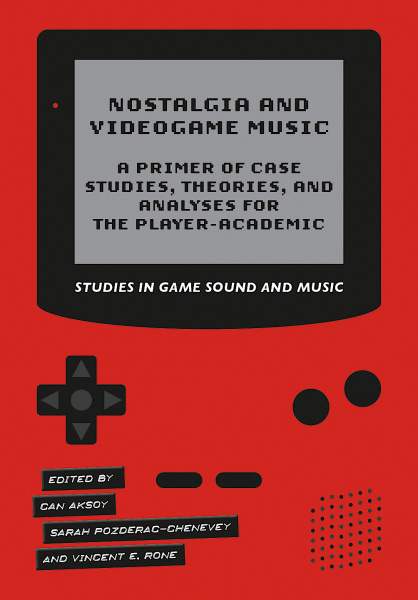 A Primer of Case Studies, Theories, and Analyses for the Player-Academic

This collection of essays addresses the fascinating intersection between nostalgia and videogame music. From Nintendo to PlayStation, Zelda to Bioshock, and cult to classic games – this anthology takes readers on a musical journey into personal, historical and virtual pasts. 15 b/w illus.

Informed by research on musicology and memory as well as practices of gaming culture the edited volume discusses different forms of nostalgia, how video games display their relation to those and in what ways theoretically self-conscious positions can be found in games. The perspectives of the new discipline ludmusicology provide the broader framework for this project.

This significant new book focuses on an important topic that has not been sufficiently addressed in the field and is clear in its contribution to ludomusicology.

An important scholarly addition to the field of ludomusicology, with potential appeal to undergraduate and graduate scholars in many related fields due to its inherent interdisciplinarity, including musicology more broadly, game studies and games design, film studies, as well as cultural and media studies. It could also appeal to practitioners, particularly those nostalgic and self-reflexive artists who already engage in nostalgic practice (chiptune musicians, for instance). Also to those researching and studying in the fields of memory studies and cultural studies.

Vincent Rone teaches music history, theory, and choir at Franciscan University of Steubenville, OH, in addition to serving as Director of Music at Archangel Gabriel Parish in Pittsburgh, PA. His research interests include ludomusicology, film music, and the intersection of music and Catholic liturgical reform in twentieth century France.

Sarah Pozderac-Chenevey is a ludomusicologist specializing in the analysis of pre-existing music in videogames. In addition to being an independent scholar and the owner of Academic Formatting, LLC, she serves as the archivist and alto section leader/soloist at Christ Presbyterian Church in Canton, OH.