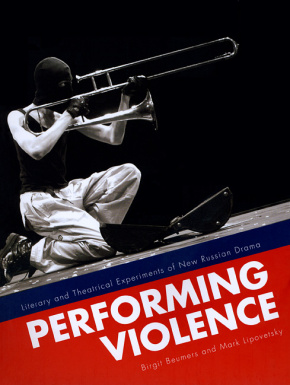 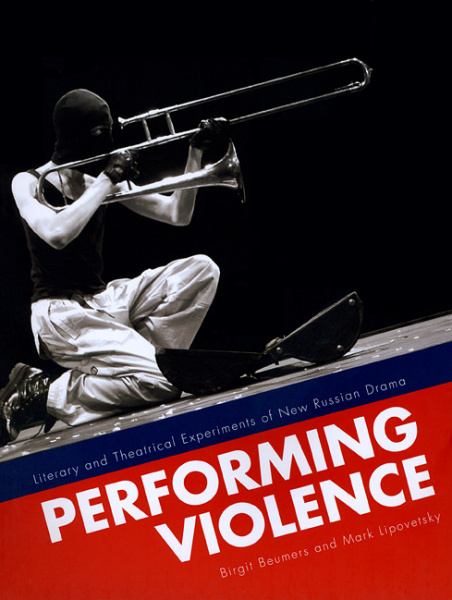 By Birgit Beumers and Mark Lipovetsky

In this book,  Birgit Beumers and Mark Lipovetsky examine the representation of violence in new dramatic works by young Russian playwrights. As the first English-language study of Russian drama and theatre in the twenty-first century, it seeks a vantage point for the analysis of brutality in post-Soviet culture.

New Russian Drama began its rise at the end of the twentieth century, following a decline in dramatic writing in Russia that stemmed back to the 1980s. Authors Beumers and Lipovetsky examine the representation of violence in these new dramatic works penned by young Russian playwrights. Performing Violence is the first English-language study of the consequent boom in drama and why this new breed of authors were writing fierce plays, whilst previous generations had preferred poetry and prose. Since 1999 numerous festivals of new Russian drama have taken place, which have brought international recognition to such playwrights as the Presnyakov brothers, Evgeni Grishkovets and Vasili Sigarev. At the same time, young stage directors and new theatres also emerged. New Russian Drama is therefore one of a few artistic and cultural phenomena shaped entirely in the post-Soviet period and this book investigates the violent portrayal of identity crisis of the generation as represented by theatre. Reflecting the disappointment in Yeltsin’s democratic reforms and Putin’s neo-conservative politics, the focus is on political and social representations of violence, its performances and justifications. Performing Violence seeks a vantage point for the analysis of brutality in post-Soviet culture. It is a key text for students of theatre, drama, Russian studies, culture and literature.

Birgit Beumers is a reader in Russian at the University of Bristol, specializing in contemporary Russian culture. She is the author or editor of many books, including A History of Russian Cinema and The Post-Soviet Russian Media.

Mark Lipovetsky is associate professor of Russian studies and comparative literature at the University of Colorado at Boulder. He has written several books on Russian literature and culture, including Paralogies: Transformation of (Post)modernist Discourse in Russian Culture of the 1920s–2000s.