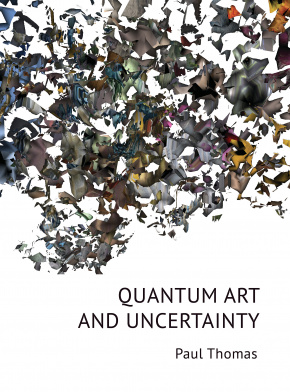 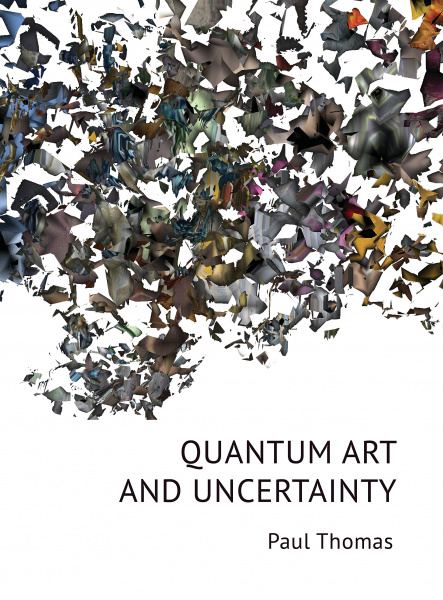 In order to draw parallels between art, science and culture, this publication will explore the ways that selected art works have contributed to a form of cultural pedagogy.

At the core of both art and science we find the twin forces of probability and uncertainty. However, these two worlds have been tenuously entangled for decades. On the one hand, artists continue to ask complex questions that align with a scientific fascination with new discoveries, and on the other hand, it is increasingly apparent that creativity and subjectivity inform science's objective processes and knowledge systems.

In order to draw parallels between art, science and culture, this publication will explore the ways that selected art works have contributed to a form of cultural pedagogy. It follows the integration of culture and science in artists' expressions to create meaningful experiences that expose the probabilities and uncertainties equally present in the world of science.

Paul Thomas is a Professor of Fine Art at UNSW Art and Design. He is the Director of the Studio for Transdisciplinary Art Research (STAR) and is the instigator of the Transdisciplinary Imaging Conference series 2010–2018. In 2000, he instigated and was the founding Director of the Biennale of Electronic Arts Perth 2002, 2004 and 2007. Thomas is a pioneer of transdisciplinary art practice. His current practice led research takes not only inspiration from nanoscience and quantum theory, but actually operates there. Thomas’s current research ‘Quantum Consciousness’ is based on the experiments being conducted by Professor Andrea Morello, Quantum Nanosystems, UNSW, looking at immersing the viewer in a visualization and sonification of quantum phenomena in the development of quantum computing. He has exhibited nationally and internationally with his previous nano artworks Mulitverse based on Richard Feynman’s diagrams of photons reflecting from a mirror, Nanoessence which explored the space between life and death at a nano level and Midas which researched what is transferred when skin touches gold at a nano level. His current publications are, Nanoart: The Immateriality of Art, Reconfiguring Space, Relive Media art Histories, co-edited with Sean Cubitt, Interference Strategies and Cloud and Molecular Aesthetics co-edited with Lanfranco Aceti and Edward Colless.

Between Nothingness and Eternity
Timothy Morton

Introduction
The Quantum Atmospherics of Consciousness

'In 2014 the seminal “Nanoart: The Immateriality of Art” book was published, investigating the connections among artworks using physics at nanoscale to question our senses and the perception of ‘constructions’ in space. Paul Thomas has authored this new book, progressing his investigation in different directions. Quantum Art & Uncertainty allows his early interest about quantum theory to be fully articulated in his impact on how we understand reality, and how correlated artworks have conceptually expanded its revolutionary potential. The world of quanta is counter-intuitive and relies on mathematical probabilities, so it imposes since the beginning a new way of thinking, like in the classic challenging example of superposition (a particle being in two places at the same time). The imperceptible world of quantum and the invisibility of the elements inducing our perceptions are so close to the world of invisible presences behind the screens. If the underlying scenario is to relate to “probability and uncertainty”, understanding artists navigating “the visual unknown and the void” and we have to think “between human and non-human” then we can start to easily share Thomas’ intuition that the ’cloud’ is legitimised by quantum, immersing in his intriguing overall discourse about (as Thomas Morton defines it in the foreword) “the power of uncertainty.”'

'This stimulating book, whose powerful three page introduction by Timothy Morton is itself almost a reason to buy it, deals with the power of fragile uncertainty, the inbetween-ness of things, as exemplified in various artworks and in the speculative thought and art of Paul Thomas... Thomas's book is an insight into art as reflection of, and stimulus to think about, our flickering lives in a flickering universe, via art. Immateriality precludes neither performativeness nor political action... It helps that this book does not only describe the interactions between what we might call quantum awareness and art, but via Thomas's words and works also points to directions in which a rather new art might wend its uncertain way.'

BookUsing Art as Research in Learning and TeachingEdited by Ross W. Prior Foreword by Shaun McNiff