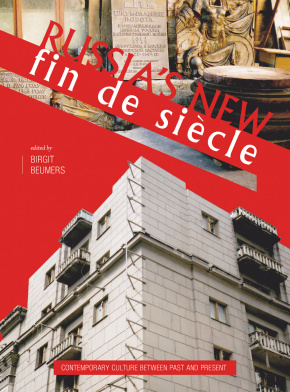 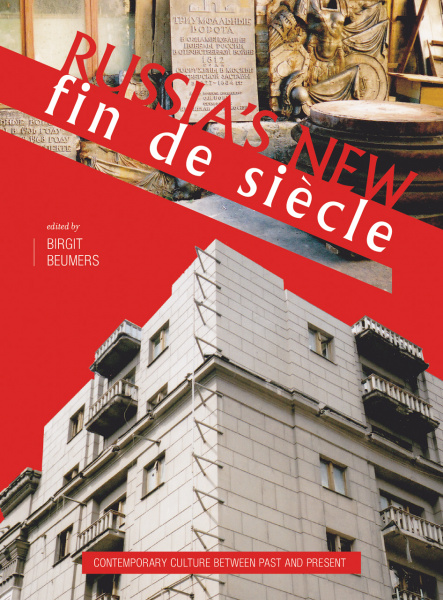 Contemporary Culture between Past and Present

Russia's New Fin de Siècle brings together a range of texts on contemporary Russian culture – literary, cinematic and popular – as artists and writers try to situate themselves within the traditional frameworks of past and present, East and West, but also challenge established markers of identity. Investigating Russian culture at the turn of the 21st century, scholars from Britain, Sweden, Russia and the United States explore aspects of culture with regards to one overarching question: What is the impact of the Soviet discourse on contemporary culture? This question comes at a time when Russia is concerned with integrating itself into European arts and culture while enhancing its uniqueness through references to its Soviet past. Thus, contributions investigate the phenomenon of post-Soviet culture and try to define the relationship of contemporary art to the past.
Introduction: Russia’s New fin de siècle: Contemporary Culture between Past and Present  PART I: Written Discourse Chapter 1: The Function of the Soviet Experience in Post-Soviet Discourse – Maria Litovskaya Chapter 2: Cycles, Continuity and Change in Contemporary Russian Culture – Mark Lipovetsky Chapter 3: Victor Pelevin and the Void – Meghan Vicks Chapter 4: From Homo Zapiens to Media Sapiens: Post-Soviet Television in Russian Fiction – Andrei Rogatchevski PART II: Visual and Popular Culture  Chapter 5: Afrika and Monroe – Post-Soviet Appropriation, East and West – Amy Bryzgel Chapter 6: Military Dandyism, Cosmism and Eurasian Imper-Art – Maria Engström Chapter 7: Sweet Dreams: Retro Imagery on Chocolate Packaging in Post-Soviet Russia – Bettina Jungen Chapter 8: Victory Day: Rituals and Practices of War Commemoration in Russia – Nataliya Danilova PART III: Cinematic Culture  Chapter 9: A Kiss for the KGB: Putin as Cinematic Hero – Stephen M. Norris Chapter 10: ‘Address Your Questions to Dostoevsky’: Privatizing Punishment in Russian Cinema – Serguei Alex. Oushakine Chapter 11: Freedom and Uncertainty: The Cinema of Slava Tsukerman – Peter Rollberg Chapter 12: Muratova’s Cinema before and after Perestroika: Deconstructing and Rebuilding Film Aesthetics – Eugénie Zvonkine Chapter 13: The Place of Action Must Not be Changed: Aleksei Balabanov’s St Petersburg – Birgit Beumers

'Writers and filmmakers attempt not to revive the past but instead to open up new spaces for interpreting the past through the present. Summing Up: Recommended.'

'Beumers’s is the first coherent multidisciplinary volume that looks at post-Soviet cultural production at the turn of the twenty-first century... Beumers’s volume, its time frame is confined to the wild-west capitalist 1990s under President Boris Yeltsin. Since then Russian society has undergone many changes, and Beumers’s collection successfully updates the content of her predecessor’s work.'

'The notion of Russian fin de siècle has a special place in academic discourse, relating primarily to the culture of the Silver Age. This volume edited by Birgit Beumers has decidedly reclaimed the term to define Russian cultural production at the turn of the twenty-first century. In the Introduction, Beumers draws similarities between the two epochs — the sense of crisis and trauma laced by the colourings of pessimism, decadence, degeneration and decay. The book’s ambition is to begin to reflect on the fluid post-Soviet period as a yet another fin de siècle by examining a ‘paradoxical and ambivalent relationship’ (p. 3) of its artistic production with the Soviet past, and to ascertain ‘the impact of the Soviet discourse on contemporary Russian culture’ (p. 6).'