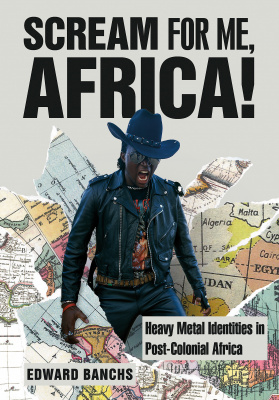 Scream for Me, Africa! 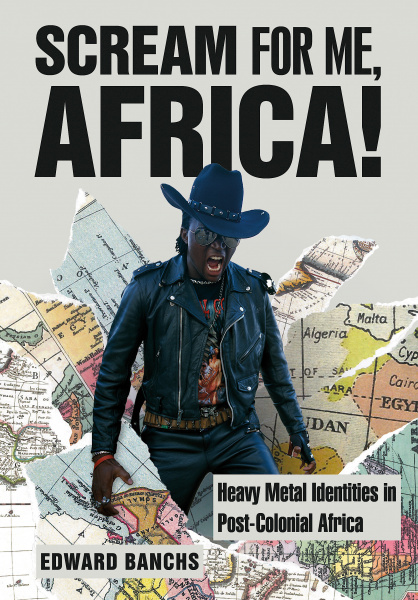 Scream for Me, Africa! (Book)

Discusses African metal scenes and conversations around the presence of heavy metal in the continent, and how acts in Africa are changing the conversation of what is possible. Looks at the continent's blossoming scenes through themes including hybridity, othering and how scenes have collided with difficult political systems. 30 illus.

Scream for Me Africa! examines the hard rock and metal scenes in five African countries: Botswana, Togo, South Africa, Kenya and Ghana. Banchs spent significant time in each country interviewing musicians, producers and fans to create vivid pictures of each of these rarely discussed scenes. These scenes are 'a disruption of the norm, a disruption of what we have come to expect from Africa and rock and metal music'. He has chosen to shed light on these particular scenes now because of their difference and because they are reflections of their countries.

This exciting new book considers how heavy metal's subculture is viewed in Africa, and how musicians in the continent have stepped forward to make this genre their own. It looks at the continent's blossoming scenes through various themes including hybridity, othering and how scenes have collided with their difficult political systems.

Scream For Me, Africa! Is the first book of its kind and an engaging look at the various metal scenes across the African continent, and how they are constructing an identity as metal fans in their modern nation states under the shadow of post-colonialism. Written in a clear, approachable manner it is accessible to academic and non-academic readers.

Edward Banchs is a freelance writer and independent scholar – and a metal fan – based in Pittsburgh, Pennsylvania, USA whose writing has appeared in The Guardian, Afropop, Metal Hammer, Metal Music Studies and The Pittsburgh City Paper. He is also author of Heavy Metal Africa (2016).

This new book fills a gap in the market for an academic text on metal in Africa, expanding published scholarship on metal in the global south. It book has potential use as a resource on courses in several disciplines including sociology, cultural studies, musicology, ethnomusicology, sociology and Africa studies.  It will also be of interest to the more general readers with an interest in the musical genre.

Will appeal to anyone who is interested in metal, African culture, anthropology and sociology and history.  Particularly musicologists and ethnomusicologists and those with an interest in metal in the global south.

Banchs works towards challenging assumptions that Africa is a homogenised mass, highlighting the differences and complexities of each nation discussed. Scream for Me Africa!  is an accessible starting point for readers who wish to learn more about heavy metal subcultures in the global south, acting as an introduction to popular music in several African countries.

Scream for Me Africa! adds a great deal to the field of metal studies. It emphasises the hard rock and metal scenes in Africa as 'a disruption of the norm', and sheds a light on these scenes as reflections of the countries where they are from. Banchs mixes a wide variety of scholarship with interviews from musicians, producers and fans, utilising images to add to their stories.