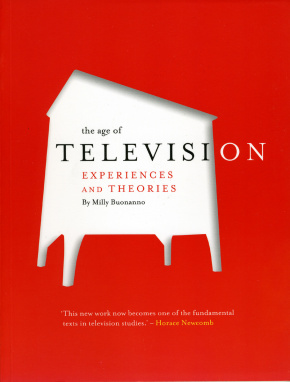 The Age of Television 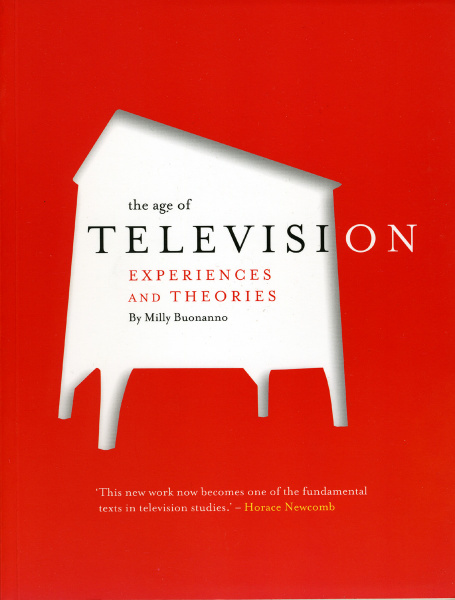 The Age of Television (Book)

As television threatens to intrude upon our daily lives more than ever, The Age of Television takes a look at the impact of this media form on modern life. Buonanno analyzes how televised entertainment has altered human perception of place and time, multiplied opportunities for indirect social experience, and fueled the collective imagination.

At a stage of major change in the world of television (the coming of digital TV, multiple channels, mobile TV on cellphones) this book seeks to take stock of the impact of the advent and presence of television on daily life over the past fifty years, or slightly longer. The author takes as her standpoint, or rather places at the centre of her analysis and considerations, the human experience and the way in which the medium of television has radically changed it. Connection; mobility; plurality. The discourse developed in the various chapters of the book focus on this triad of conceptual categories, which govern the most important ways in which television can effect a transformation at the level of experience. It can establish connections between individuals and distant events; encourage the formation of 'imagined communities' on a varying scale (worldwide, national, local or based on a common identity); create enabling conditions for travel to distant places and for vicarious and 'imaginary' journeys; and function as a genuine multiplier of opportunities and of forms of indirect social experience, in the sense of 'pluralising' the worlds of an imaginary life. The three categories in turn flow into the category of 'imagination', perceived as the big engine that drives modern mediatized society – television supplying ample fuel for this purpose. 'The Age of Television: Experiences and theories', is in its own special way a book of theory. Each chapter draws on classic concepts and theories from international television studies – from the flow to televised ceremonies and cultural imperialism – but without any undue reverence. The book is written with students in mind and thus undeniably conveys a pedagogic message: the author seeks to demonstrate how theories are a means of learning that is at the same time indispensable and flexible, open to criticism and to reworking in a new context. The logical and coherent structure of the book and its systematic articulation around a central nucleus of well defined concepts make it a very useful text for university courses. Yet it is written not in the style of a manual, but rather as a critical essay; and its original approach makes it also interesting and appealing to a scholarly readership and the cultivated general audience.

“One of the most stimulating endorsements of Coronation Street and The Sopranos that anyone has ever written. And good for Buonanno . . . for eschewing some of the grimmer accounts of the effects of ‘junk’ TV which many other commentators offer. Gleefully and consistently she rebuffs those who see the export of US TV shows as ‘cultural imperialism,’ by which Hollywood pumps out soul-destroying pap to numb the minds of idiot consumers.”

“Some say that the age of television is over. If that is so, then the medium has found its ideal historian and critic in Milly Buonanno. I have read her work with pleasure over many years. It culminates with this book—a stunning tour de force. And if TV indeed has a future—as I firmly believe—then this tough-minded but subtly-expressed volume will be our best guide to what lies ahead, in addition to what went before.”

“In this elegantly written and highly original re-examination of television, its narrative forms and its key analytic texts, Milly Buonanno provides an exciting and philosophically sophisticated study of television in all its rich complexity. An astonishing and ground-breaking work."

“In this wide-ranging and always insightful book, Milly Buonanno takes us on a journey from the beginnings of television in 1936 to the present day, and indeed beyond to the digital future which awaits us all. En route she interrogates a number of theories which have traditionally dominated television analysis and offers an exhilarating counter-analysis to theories of cultural imperialism. A refreshingly open and searching approach to a medium in constant evolution.”