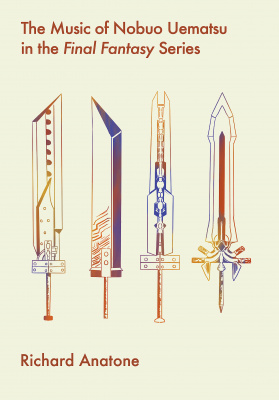 The Music of Nobuo Uematsu in the Final Fantasy Series 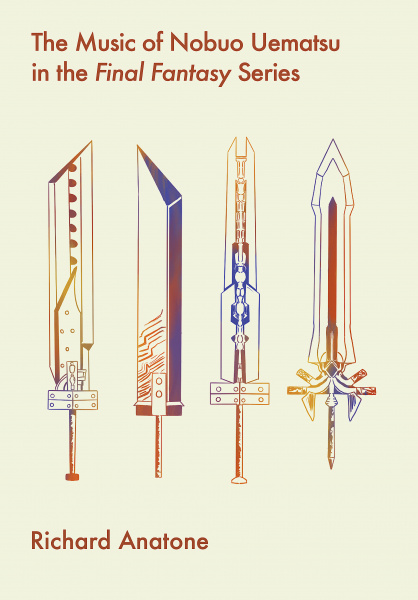 The Music of Nobuo Uematsu in the Final Fantasy Series (Book)

This is the first book-length study of the music of Nobuo Uematsu, and focuses on his Final Fantasy soundtracks, exploring the dynamic relationship between the music and the stories behind the beloved video game series. Contributors are music and game scholars, based in the USA and UK. Foreword by William Gibbons. 95 b/w illus.

Nobuo Uematsu is one of the most influential Japanese composers of the current age. One of Japan’s most beloved living composers, he has been composing music for the popular franchise since 1987, inspiring a new generation of classical music fans, and named by Time Magazine as an ‘innovator’ of the new wave of music.

Sometimes described as the Beethoven of video game music, Nobuo Uematsu has built his career and reputation from his soundtracks to the enduring Final Fantasy series of video games, which are notable for their remarkable cinematic feel.

Classic FM radio describes Nobuo as ‘part John Williams, part Wagnerian leitmotif, part new-age soundscaper – and a legend in his own right’. He has so far appeared five times in the top 20 of the annual Classic FM Hall of Fame, voted for by listeners.

This is the first book-length study on the music of Uematsu. It takes a variety of different analytical approaches to his music. It offers readers interested in ludomusicology (the study of and research into video game music) a variety of ways in which to understand Uematsu’s compositional process and the role that video game music has in the overall gaming experience.

Those interested in Uematsu’s music will gain a greater appreciation and understanding of his compositional processes and his interaction with musical narrative, and those interested in ludomusicology in general will be shown various methodologies that can be applied to a single composer. Those interested in composing for video games or movies will also be given insight into how they might compose for a narrative themselves.

Professional musicians will gain deeper insight into the music from selected games in the series, as each chapter applies traditional theoretical and musicological methodologies to selected games from the series. It my also be a useful educational resource for use in their own studies by student and amateur musicians.

It will be a valuable resource for ludomusicologists, as well as academics from a variety of disciplines who work in popular music and culture, film and visual media, and subjects traditionally marginalized by the Western 'Classical' canon. It will also be of interest to fans of the Final Fantasy series, both inside and outside of academia and to composers of video game music.

It will also appeal to readers interested in the business and marketing side of the video game industry, and who want to learn from the successes of live video game concerts and how symbolism and thematic interplay aids in drawing gamers’ attention to soundtracks and concerts of video game music.

Game developers will learn how to recognize potential composers and compositional approaches that will aid in storytelling, fandom and gamer immersion.

General video game historians who want to learn more about Square’s early years and eventual transition into a powerhouse development company will also find much to interest them.

While there have been several edited collections in the subdiscipline of ludomusicology, this is the first book to address a composer’s oeuvre as the main subject. It brings together a variety of methodologies and voices on the subject, and has potential to become a model for future composer-focused studies.

Richard Anatone is a professor of music theory at Prince George's Community College in Largo, Maryland.

1. Dancing Mad: Music and the Apotheosis of Villainy in Final Fantasy 13

2. The Devil in the Detail: Analyzing Nobuo Uematsu’s “One- Winged Angel” from Final Fantasy VII 34

5. That Tune Really Holds the Game Together: Thematic Families in Final Fantasy IX 130

6. A Link between Worlds: The Construction of Nostalgia in Game Music and Final Fantasy IX 152

10. Feminine Themings: The Construction of Musical Gendering in the Final Fantasy Franchise 261

11. Uematsu’s Postgame: The Music of Final Fantasy in the Concert Hall (and Beyond) 291

12. Historical Narratology and the “Hymn of the Fayth” in Final Fantasy X 312