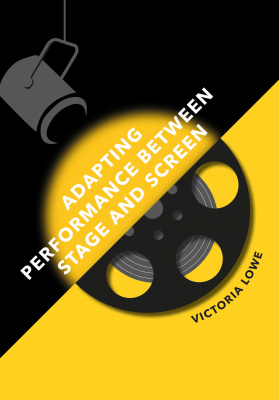 Adapting Performance Between Stage and Screen 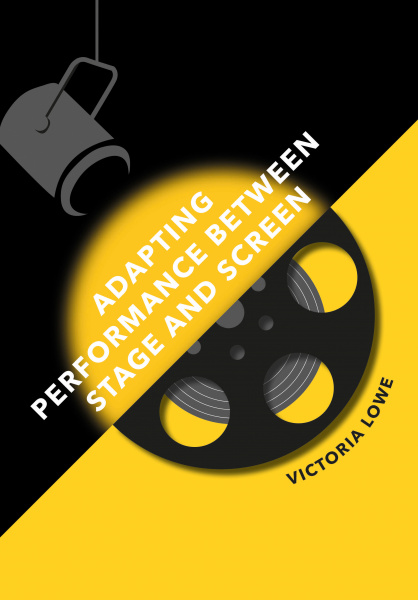 An introduction to adaptations between theatre and film, considering these as distinct from literary adaptation. Places emphasis on performance and event, including the recent growth of digital theatre with phenomena such as NT Live. Case studies show how adaptations can't be divorced from the historical and cultural moment in which they are produced.

The book offers an introduction to adaptations between stage and screen, examining stage and screen works as texts but also as performances and cultural events. Case studies of distinct periods in British film and theatre history are used to illustrate the principle that adaptations can't be divorced from the historical and cultural moment in which they are produced and to look at issues around theatrical naturalism and cinematic realism.

Written in a refreshingly accessible style, it offers an original analysis with emphasis on performance and event. It opens up new avenues of exploration to include non-literary issues such as the treatment of space and place, mise en scène, acting styles and star personas. The recent growth of digital theatre is examined to foreground the 'events' of theatre and cinema, with phenomena such as NT Live analysed for the different ways that 'liveness' is adapted.

Adapting Performance Between Stage and Screen explores how cultural values can be articulated in the act of translating between mediums. The book takes as its subject the interaction between film and theatre and argues that, rather than emphasising differences between the two mediums, the emphasis should be placed on elements that they share, in particular the emphasis on  performance and the participation in an event. It uses a number of case studies to show how this relationship is affected by changes in technology – the coming of film sound, the invention of live-casting – and in the nature of the event being offered to particular audiences. These examples, ranging from the well-known to the obscure, are all treated with relevant and knowledgeable analysis and a strong and appropriate sense of context.

The book offers a welcome overview of previous work in this area and demonstrates the importance of basing analysis on historical context, as well as giving new insights into some familiar examples. Discussion ranges from Steven Spielberg and Alfred Hitchcock to Robert Lepage and Ivo van Hove. There are detailed analyses of Alfie, Gone Too Far and Festen as well as authoritative analyses of NT Live performances and British New Wave cinema.

The book will be of primary interest to academics, researchers, teachers and students working in adaptation studies, film studies and theatre studies. Written in an accessible style it will appeal to teachers and students on A-level, undergraduate and postgraduate film, theatre, media and cultural studies courses. The chapter on digital theatres will add to the growing body of literature in this area and appeal to students and academics working on digital cultures and new media.

Live screenings of theatre events are becoming more widely available and increasingly popular, including some of the productions discussed. There is potential interest for a general audience interested in British films, theatre and actors.

Victoria Lowe is a lecturer in drama and screen studies at the University of Manchester, United Kingdom. Her research interests include stage/screen adaptation, theatricality in the cinema, intermediality, screen acting and stardom and the voice in cinema.

Chapter 3: Stage to Screen Adaptation and the Performance Event: Live Broadcast as Adaptation

Chapter 4: The Introduction of Sound and ‘Canned’ Theatre

Chapter 5: The British New Wave on Stage and Screen

'As an introduction to this new approach, Lowe leaves us with a number of potential avenues for future exploration and academic research. Although there are a few suggestions listed in the book, such as a re-examination of the films of Basil Dean, further analysis of the theatre-to-cinema live broadcast and the investigation of stage productions of British film, this method will provide the inspiration for further academic analysis in both theatre and film studies. Lowe’s accessible writing style makes this not only an informative but also a pleasurable read for everyone with an interest in performances on either stage or screen.'

The author offers very good readings and analysis of a wide range of texts from well-known classics to more obscure works, spanning the popular, the populist and the avant-garde. It is thrilling to read a book that can discuss Steven Spielberg or Alfred Hitchcock in one place and Robert Lepage or Ivo van Hove in another ... It is an exciting volume that plugs an important gap in current cross-media scholarship.

This book offers an original analysis which emphasizes performance and event (rather than literary texts) as the basis for analyzing different examples of adaptation. In terms of case studies, it offers interesting and worthwhile insights into some quite familiar material but also takes on relatively new examples of the exchange between theatre and film in its discussion of live-casting and the recent dominance of staged films in British theatre … an excellent account of an important topic.