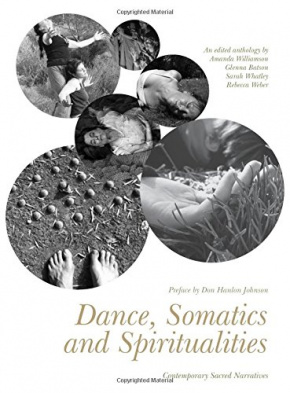 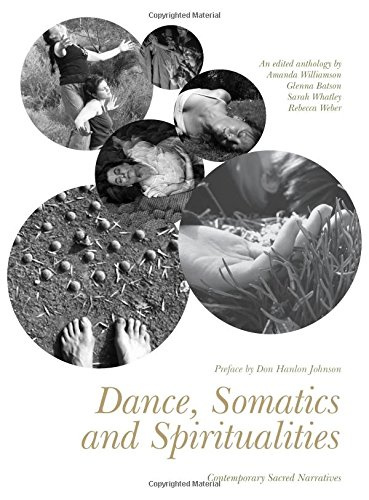 This anthology negotiates the influential, yet silent educational presence of spiritualities within the field of somatic movement dance education internationally. The expressive and integral nature of spiritual experience remains academically undefined and peripheral to our understanding of creative practice. Lack of theoretical rigour, as well as a lack of a substantive definitional and methodological competency, has resulted in spirituality being marginalised. To date, important questions about how diverse spiritualities shape professional practice in the somatic movement and dance arts remain unanswered. This cutting-edge collection fills that void, providing greater creative and discursive clarity.

Amanda Williamson is is an Honorary Visiting Professor at Coventry University.

Sarah Whatley is Professor of Dance at Coventry University.

Rebecca Weber is a somatic movement and dance educator who serves as an adjunct professor at various Philadelphia-area universities.

Chapter 2: The Alchemy of Authentic Movement: Awakening Spirit in the Body – Tina Stromsted

Chapter 3: Dancing in the Spirit of Sophia – Jill Hayes

Chapter 5: Dancing on the Breath of Limbs: Embodied Inquiry as a Place of Opening – Celeste Snowber

Chapter 6: ‘Can They Dance?’: Towards a Philosophy of Bodily Becoming – Kimerer L. LaMothe

Part II: Reflections on the Intersections of Spiritualities and Pedagogy – Sarah Whatley

Chapter 9: Working Like a Farmer: Towards an Embodied Spirituality – Helen Poynor

Chapter 11: Permission and the Making of Consciousness – Sondra Fraleigh

Chapter 17: Dancing with the Divine: Dance Education and the Embodiment of Spirit, from Bali to America – Susan Bauer

Chapter 18: The Sacrum and the Sacred: Mutual Transformation of Performer and Site through Ecological Movement in a Sacred Site – Sandra Reeve

'What makes this anthoplogy so unique and fascinating to read is not only the tremendous openness with which the editors approached the subject, thus inviting and allowing for such a diverse collection of individual sacred narratives to emerge; it abounds with mulit-faceted gems. It is also the variety of presentation styles, ranging from personal narratives interwoven with articulated scholarship, philosophical reflections, various research approaches, imaginary dialogues and interview conversations that turns this work into a rich and colourful fabric woven by the hands and hearts of its 33 contributors from across various cultures. '

'Finally exists a book that offers a range of perspectives that looks academically at the numinous in dance without belittling or aggrandizing the subject. With a preface by Don Hanlon Johnson, editors Amanda Williamson, Glenna Batson, Sarah Whatley, and Rebecca Weber have pulled together an impressive anthology of essays on a topic often overlooked. Questions considered by dancers, somatic therapists, dance scholars, and anthropologists include the following: What is spirituality? How does it manifest in a body atuned to the nuances of movement? How does a dancer reclaim the sacred from a culture that marginalizes it in favor of secularization? Linda Hartley writes about Authentic Movement. Daria Halprin writes on the body as entry to embodied knowing. Sondra Fraleigh looks at the actions of consciousness. Bradford Keeney discusses N/om and Bushman healing dances. Twenty substantive narratives on embodiment, mindfulness, Balinese dance and more make a juicy collection and a significant contribution to a field largely neglected.'