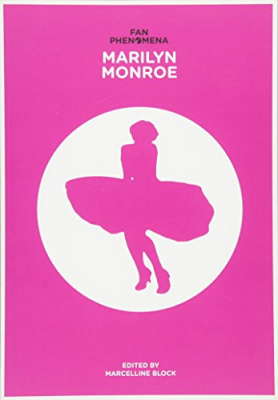 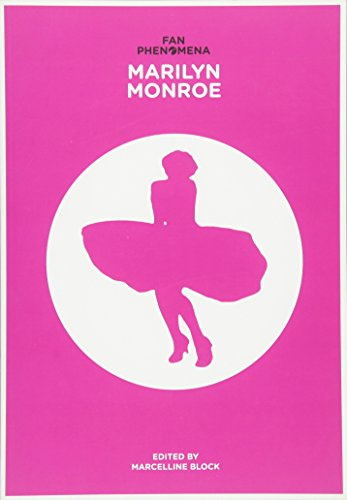 Born Norma Jeane Mortenson, Marilyn Monroe was an actress, singer, and sex symbol whose influence far outlasted her short life. These essays explore representations of Monroe in visual culture by looking at the ways she is reimagined in visual art and considering how her posthumous appearance and image are appropriated in current advertisements.

Born Norma Jeane Mortenson, Marilyn Monroe was an actress, singer and sex symbol whose influence far outlasted her short life. Contributors to Fan Phenomena: Marilyn Monroe situate the platinum blonde starlet’s omnipresent cultural relevance within the zeitgeist of current popular culture and explore the influence she has had on numerous elements of it. Her aesthetics and images have been re-appropriated, recreated, imitated and emulated by such celebrities as Lindsay Lohan, Jayne Mansfield, Drew Barrymore, Anna Nicole Smith and Madonna.

The quintessential American sex symbol, Monroe was an influential style icon for a spectrum of designers, including Dolce and Gabbana, Betsey Johnson and Nike, all of whom have named lines of clothing, shoes or accessories after the star. The essays here explore representations of Monroe in visual culture by looking at the ways she is reimagined in visual art while also considering how her posthumous appearance and image are appropriated in current advertisements. With an inside look at the universe of Marilyn Monroe impersonators and look-alike contests for both males and females, the book also explores numerous homages to Monroe in music, from the 1979 opera Marilyn by Lorenzo Ferrero to Nicki Minaj’s song 'Marilyn Monroe.' The definitive guide to one of the most famous women who ever lived, the book will be essential reading for any scholar of twentieth-century American popular culture.

'The book is full of warmth and affection from the contributors featured. It has been put together with a lot of thought for the subject and you can't help thinking Marilyn herself would feel very moved by this fascinating tribute.'

'From the outset, Marcelline showed the utmost respect for both Marilyn and her admirers. In contrast to many in the mainstream media, she understands that fans are not just ‘geeks’, and their knowledge and creativity helps to keep art alive. The result is a quirkier, more intimate look at the icon than is generally depicted.'

'A trip around one of the most famous and photographed women in the world, portrayed through a reading that proves essential not only for fans of the blonde actress, but for any student of American popular culture of the twentieth century.'

'The appeal of Fan Phenomena: Marilyn Monroe for Monroe's legions will be in finally seeing their own devotion examined in the sort of detail usually reserved for their idol.'