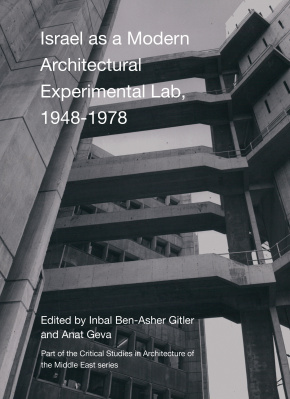 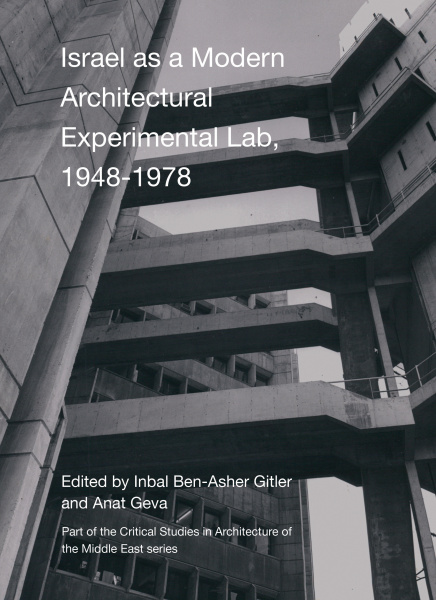 This collection discusses the innovative and experimental architecture of Israel during its first three decades following the nation’s establishment in 1948. The volume highlights new perspectives on the topic, discussing the inception, modernization and habitation of historic and lesser-researched areas alike in its interrogation.

This collection discusses the innovative and experimental architecture of Israel during its first three decades following the nation’s establishment in 1948. Written by leading researchers, the volume highlights new perspectives on the topic, discussing the inception, modernization and habitation of historic and lesser-researched areas alike in its interrogation. Inbal Ben-Asher Gitler and Anat Geva show how Israeli nation building, in its cultural, political and historical contexts, constituted an exceptional experiment in modern architecture. Examples include modern experiments in mass housing design; public architecture such as exhibition spaces, youth villages and synagogues; a necessary consideration of climate in modern architectural experiments; and the exportation of Israeli modern architecture to other countries.

Inbal Ben-Asher Gitler is a senior lecturer at Sapir Academic College and an adjunct lecturer at Ben-Gurion University of the Negev in Israel.

Part I: Modern Experiments in Rural and Urban Design

Chapter 4: Landscape Modernism and the Kibbutz: The Work of Shmuel Bickels (1909–1975) by Elissa Rosenberg

Chapter 5: A Museum In Between: The Israel Museum, Jerusalem, 1965 by Eliyahu Keller

Chapter 7: The Modern Israeli Synagogue as an Experiment in Jewish Tradition by Naomi Simhony

Chapter 8: Israeli Architecture at a Turning Point: Designs for the Israeli Center for Technological Awareness, 1978 by Jeremy Kargon

Chapter 11: The Other Side of Climate: The Unscientific Nature of Climatic Architectural Design in Israel by Or Aleksandrowicz

Chapter 12: Building and Re-Building a Nation’s Identity: Israeli and Italian Architectural Culture, Their Representation and the Role of Bruno Zevi (1918–2000) by Matteo Cassani Simonetti

'Israel as a Modern Architectural Experimental Lab, [is] another manifestation of [the] renewed appreciation of early state architecture and adds to our collective understanding of the role concrete played in Israel’s magnificent construction.'

'Israel as a Modern Architectural Experimental Lab, 1948–1978 makes an important contribution to this growing body of literature by bringing together case studies of different kinds of buildings in a variety of sites across Israel and outside the country. [...] The book covers diverse landscapes, it also leaves a number of areas for future investigation. [...] An invaluable addition to the study of Israeli architecture, but it will also be of interest to anyone studying the relationship between modernist architecture and nation building more generally.'