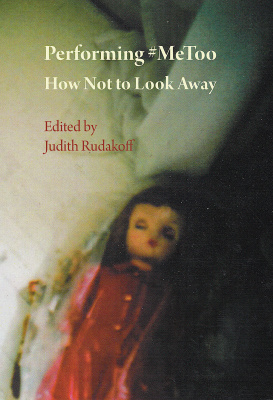 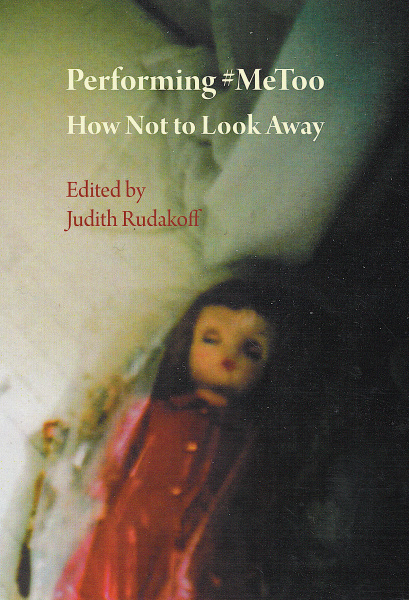 How Not to Look Away

Voices from diverse cultural and environmental contexts writing on forms of engagement with the topic of performing #MeToo – testimony, witnessing, interpretation and field reports. Includes people who speak from personal experience, as well as allies, activists and scholars. Examines contemporary work, and work from the pre-#MeToo era. 25 b/w illus.

A tweet by American actor and activist Alyssa Milano, sent on October 15, 2017, opened the floodgates to an outpouring of testimony and witnessing across the Twitterverse that reverberated throughout social media. Facebook status lines quickly began to read “Me too,” and #MeToo was trending. That tweet re-launched the ‘me too’ movement, which was started in 2006 by Tarana Burke.

Performing #MeToo: How Not to Look Away does not attempt to deliver a comprehensive examination of how #MeToo is performed. What it does aim at presenting is a set of perspectives on the events identified as representative of the movement through a lens or lenses that are multinational, as well as work and analysis from a variety of time periods, written in a diversity of styles. By providing this means of engaging with examples of the many interpretations of and responses to the #MeToo movement, and by identifying these responses (and those of audiences) as provocations, of examples of how not to look away, the collected chapters are intended to invite reflection, discussion and, hopefully, incite action.

It gives writers from diverse cultural and environmental contexts an opportunity to speak about this cultural moment in their own voices. There is a wide geographical range and variety of forms of performance addressed in this timely new book. The international group of contributors are based in the UK, USA, Australia, South Africa, Scotland, Canada, India, Italy and South Korea.

Although there is much to read in the media and alternative media on the #MeToo movement, this is the first attempt to analyse the movement from and in such diverse contexts.

Bringing together twelve writers to speak about works they have either performed, witnessed or studied gives the reader a nuanced way of looking at the movement and its impact. It is also an incredible archive of this moment in time that points to its importance.

Essential reading for theatre workers, academics, students, and anyone with an interest in feminism, contemporary theatre or human rights. For artists considering projects that include the themes of #MeToo, and for producers and directors of such projects looking for good practices around how to create environments of safety in their organizations, as well as those who wish to organize communities of artists.

Judith Rudakoff has worked as a developmental dramaturg with emerging and established playwrights and artists throughout Canada, Cuba, Denmark, South Africa, England and the United States. Her books include Performing Exile: Foreign Bodies (2017); Dramaturging Personal Narratives: Who am I and Where is Here? (2015); TRANS(per)FORMING Nina Arsenault: An Unreasonable Body of Work (2012); Between the Lines: The Process of Dramaturgy (2002, co-editor Lynn M. Thomson); Questionable Activities: Canadian Theatre Artists in Conversation with Canadian Theatre Students (2000); Fair Play: Conversations with Canadian Women Playwrights (1989, co-editor Rita Much). Her articles have appeared in many journals, including The Drama Review (TDR), TheatreForum, Theatre Topics, and Canadian Theatre Review. She is the creator of The Four Elements and Elemental Lomograms, transcultural tools for initiating live performance, written work and visual art. She was the first Canadian honoured with the Elliott Hayes Award for Outstanding Achievement in Dramaturgy for her work on South Asian choreographer Lata Pada’s multidisciplinary work, Revealed by Fire (2001). In 1999, she was the first foreigner designated an Honourary Member of Cuba’s acclaimed Teatro Escambray. Dr. Rudakoff is a member of Playwrights Guild of Canada, and Literary Managers and Dramaturgs of the Americas. She is professor of theatre at York University in Toronto, Canada.

Appendix: A Primer on the International #MeToo Movement