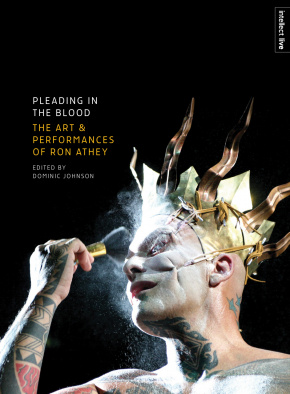 Pleading in the Blood 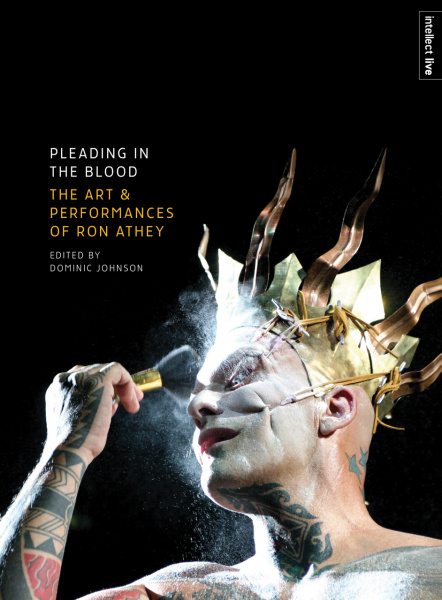 Pleading in the Blood (Book)

The Art and Performances of Ron Athey

Ron Athey is an iconic figure in the development of contemporary art and performance, frequently questioning the limits of artistic practice. Pleading in the Blood explores how Athey’s visceral practice foresaw and precipitated the central place afforded sexuality, identity and the body in art and critical theory in the late twentieth century.

Ron Athey is an iconic figure in contemporary art and performance. In his frequently bloody portrayals of life, death, crisis and fortitude in the time of AIDS, Athey calls into question the limits of artistic practice. These limits enable Athey to explore key themes including gender, sexuality, radical sex, queer activism, post-punk and industrial culture, tattooing and body modification, ritual and religion. This landmark publication includes Athey’s own writings, commissioned essays by maverick artists and leading academics and full-colour images of Athey’s art and performances since the early 1980s. The diverse range of artistic and critical contributors to the book reflects Athey’s creative and cultural impact, among them musician Antony Hegarty of Antony and the Johnsons who contributed a foreword.

Dominic Johnson is a senior lecturer in the Department of Drama at Queen Mary University of London and the editor of Pleading in the Blood: The Art and Performances of Ron Athey and It's All Allowed: The Performances of Adrian Howells.

Introduction: Towards a Moral and Just Psychopathology – Dominic Johnson

Gifts of the Spirit – Ron Athey

'There are Many Ways to say Hallelujah!' – Catherine (Saalfield) Gund

'Does a Bloody Towel Represent the Ideals of the American People?': Ron Athey and the Culture Wars – Dominic Johnson

Raised in the Lord: Revelations at the Knee of Miss Velma – Ron Athey

The New Barbarians: A Declaration of Poetic Disobedience from The New Border – Guillermo Gomez-Peña

“Pleading in the Blood offers a remarkable and enduring contribution to literatures on performance and contemporary art... The potency of myth in Ron Athey’s work is the problem tackled by this formidable new book.”

'The seventeen extensive essays from underworld luminaries of art and music attempt to nail Athey’s ethos and individual practice ... This book being undeniably a celebration of Athey’s life.'

'The performance artist is given space to tell his own childhood which is fitting as both now literary image and visual image are under Athey’s control. The whole book appears a lesson in discipline. It seeks to dispel myth.'

'A beautifully illustrated catalogue raisonné in which Athey’s extensive oeuvre is analyzed, placing him alongside Jean Genet, Antonin Artaud and Yukio Mishima, as well as contemporary art-world figures Chris Burden and Bob Flanagan.'

'This collection is, remarkably, the first such set of essays devoted to Athey’s work, studded with, even more remarkably, photographs from across a career characterized by a resistance of the production of images and traces generally associated with the business of performance art.'

'Without a doubt, the standard for any future writings on Athey will be the challenging, poly-vocal, and powerful testament offered by 'Pleading in the Blood'.'

'What I admire most about 'Pleading in the Blood', and Athey’s work in general, is its deep embrace of the paradoxical, the “impulse to experience the miraculous” through the enactment of “visual atrocity” deriving from the alchemical—the artist’s ability to turn the epic failure of a family prophesy into its own form of revelation.'

BookThrowing the Body into the FightBy Mary Kate Connolly 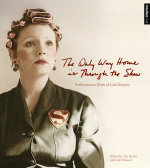