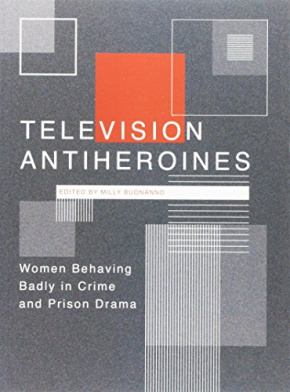 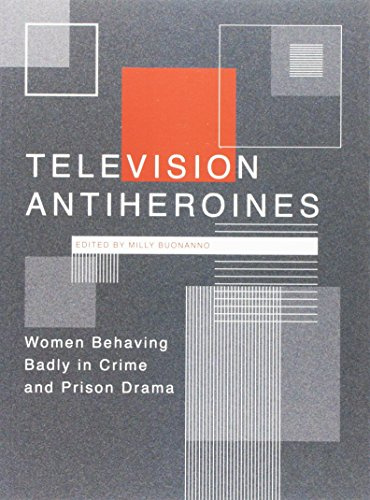 This book focuses on the emergence of female characters in typically male roles, particularly in the crime and prison drama genres. Contributors explore the role of race and sexuality, focusing on the transgression of female identity, and examine how bad women are portrayed and how they reveal the challenges by women to social and economic norms.

With a foreword by Diane Negra and Jorie Lagerway

As television has finally started to create more leading roles for women, the female antiheroine has emerged as a compelling and dynamic character type. Television Antiheroines looks closely at this recent development, exploring the emergence of women characters in roles typically reserved for men, particularly in the male-dominated genre of the crime and prison drama.

The essays collected in Television Antiheroines are divided into four sections or types of characters: mafia women, drug dealers and aberrant mothers, women in prison, and villainesses. Looking specifically at shows such as Gomorrah, Mafiosa, The Wire, The Sopranos, Sons of Anarchy, Orange is the New Black, and Antimafia Squad, the contributors explore the role of race and sexuality and focus on how many of the characters transgress traditional ideas about femininity and female identity, such as motherhood. They examine the ways in which bad women are portrayed and how these characters undermine gender expectations and reveal the current challenges by women to social and economic norms. Television Antiheroines will be essential reading for anyone with a serious interest in crime and prison drama and the rising prominence of women in nontraditional roles.

Milly Buonanno is professor benemerita at La Sapienza University of Roma and director of the Observatory of Italian TV Drama.

'This vital collection profitably meditates on the intersections of crime studies, feminist and postfeminist studies and television studies, and shines a light on the expanding representational possibilities for women that are taking place in global television production. [...] I suspect that Television Antiheroines will enjoy widespread adoption as a text in a number of university courses for differing constituencies of students. The essays all feature clear and accessible prose and, further, the breadth and array of the texts, and detailed bibliography for each essay, will make the collection interesting for media studies scholars (feminist or otherwise) working on a spectrum of contexts.'

'Thanks to its cultural approach, Television Antiheroines depicts in an original way the possibilities opened up by ‘bad’ behaviours in mainstream images of femininity. Each chapter analyses characters’ everyday lives, underlining how micropolitics questions conventional gender roles. Such a subversive process is also sustained by the idea that the representation of moral and behavioural contradictions undermines the hegemonic positions still dominant in television series. In doing so, the volume also shows how television can produce alternative identity models for women, thus contributing to a redefinition of current gender paradigms.'

'The television series examined make for good television and the chapters in this volume make for an interesting read, both individually and taken together. With its unprecedented collective focus on anti-heroines in the business of crime, the edited volume offers critical insights in largely well written articles that will allow readers to discover or perhaps reevaluate how women behaving badly contribute to an expanded realm of possibility for female characters in popular culture.'

'[T]his collection of high-minded studies aims to examine how women have been allowed to travel in the same trajectory (the new “golden age of television” started by show-runners like David Chase and Vince Gilligan) gave way to equally strong visionaries like Jenji Kohan (Weeds, Orange Is the New Black) and numerous telenovelas in Brazil, Colombia, and New Zealand.'

'The contributors to the book successfully manage to ‘explore atypical portrayals of femininity’ (p. 4) from an international perspective, which is their joint goal as outlined in the Editor’s Introduction. Written for a wide contemporary readership, the book will be of practical use to students of communication and media studies and must not be overlooked by academic philosophers inasmuch as the authors’ discussions contribute to debates on the ontological and existential structures of human existence.'

'With so many television series circulating the airwaves and beyond, it can be challenging to find those worthy enough to fill our precious leisure time. Thankfully Milly Buonanno’s edited collection of essays not only draws our attention to the contemporary television landscape’s changing typography, but it is also a useful resource for those looking for their next binge-worthy programme. The book’s emphasis on ‘female-centred forms with a particular focus on the liminality of women associated with criminality’ (xi) historicises the range of unconventional portrayals of womanhood in the 21st century, defines these depictions in terms of their antiheroine aspects and investigates some specific international instantiations.'

'Italian scholar Milly Buonanno of Rome’s La Sapienza University has often complained that, in this second Golden Age of TV, academic attention is focused almost exclusively on the United States. Even in a country like Spain, newspa- pers dutifully recap each episode of American premium- cable and streaming-service series while ignoring their own local productions. Hence, the importance of Buonanno’s new collection Television Antiheroines: Women Behaving Badly in Crime and Prison Drama, which tracks its female figures on screens from Italy and France to Australia and Brazil.'

'Milly Buonanno’s anthology, Television Antiheroines: Women Behaving Badly in Crime and Prison Drama, explores depictions of unconventional womanhood in twenty-first-century television. It investigates how heteronormative ideologies of gender are challenged as female characters transgress feminine norms of passivity, purity, motherhood, goodness and caring. Split into four sections with thirteen contributions, the book sets out to analyse the figure of the antiheroine in international programming by investigating the transgressive possibilities enabled when characters refuse to socially conform to the laws of society, gender and the criminal underworld.'