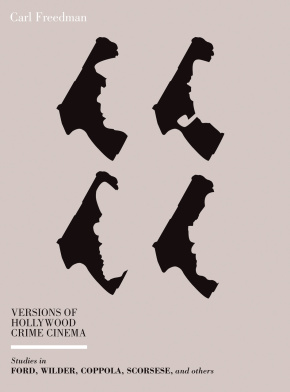 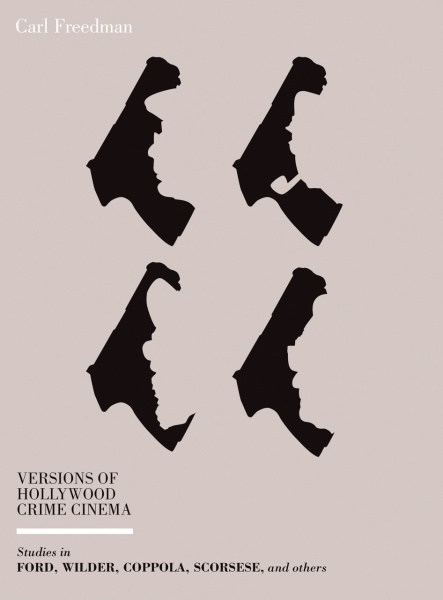 Studies in Ford, Wilder, Coppola, Scorsese, and Others

No society is without crime, prompting Nathaniel Hawthorne’s narrator to make his famous statement in The Scarlet Letter that, however high its hopes are, no civilization can fail to allot a portion of its soil as the site of a prison. By establishing the category of crime – by drawing a line between the lawful and criminal, however thin, blurry or even effectively meaningless the line may in practice become – society offers its own perhaps most consequential self-definition. Film, argues Carl Freedman, is an especially fruitful medium for considering questions like these. With Versions of Hollywood Crime Cinema, he offers a series of critical readings spanning several genres, by directors Coppola, Scorsese, Ford and Wilder. From among the mob movies, Freedman focuses on Francis Ford Coppola’s Godfather trilogy – arguably the foremost work of crime cinema – using it to reflect on the Marxist notion of primitive accumulation and relationship between 'gangsterism and capitalism'. The volume also includes in-depth critique of classics of film noir (including Double Indemnity and Body Heat) and, surprisingly, Western, which is not often thought of as a kind of crime film even though its setting is an entire society in which crime flourishes yet is fought against, bringing into focus films of John Wayne. For crime fans and scholars alike, the radical readings of known classics in Versions of Hollywood Crime Cinema provide an insightful critique of modern culture and high capitalism that produced, and that are reflected in, the range of films discussed.

SECTION I: Gangsterism and Capitalism: The Mob Movie and After

The supplement of Coppola: Primitive accumulation and the Godfather trilogy

Hobbes after Marx, Scorsese after Coppola: On GoodFellas

Tony Soprano and the end(s) of the mob movie

SECTION II: Noir and its Discontents

Marxism, cinema, and some dialectics of fi lm noir and science fiction

Noir, neo-noir, and the end of work: From Double Indemnity to Body Heat

SECTION III: Empire and Gender in the John Wayne Western

Versions of the American imperium in three Westerns by John Ford

Post-heterosexuality: John Wayne and the construction of American masculinity

'A dense academic reading affair written by an author who is obviously deeply fascinated by the social insights provided by watching cinema through the eyes of Marxism.'

Carl Freedman once more proves himself the most sensitive reader of texts and the most lucid explicator of critical theory. It is a commonplace that mob movies expose the logic of capitalism, but his nuanced analysis of the Godfather trilogy in terms of Marx’s concept of primitive accumulation for once actually makes the case – and makes it stick. Freedman’s inclusion of westerns in crime cinema merely appears idiosyncratic – Edwin S. Porter’s 'The Great Train Robbery' was seen as a violent crime movie long before anyone called it a western – and his consummate discussion of John Wayne’s post-heterosexual masculinity is worth the price of admission alone.'

'Whether discussing the "post-heterosexuality" of John Wayne, or the role of what Marx called "primitive accumulation" in the Godfather films, Carl Freedman offers thought-provoking new insights on classic Hollywood films.'

'Versions of Hollywood Crime Cinema is a fascinating look at film theory and criticism. Instead of limiting crime cinema to its usual place in the procedural, detective, and gangster arenas, Versions situates crime as an inclusive activity, capable of appearing in westerns and science fiction as well. Freedman dissects specific movies in an assortment of genres utilizing Marxism and gender studies to anchor well-balanced theoretical viewpoints.'