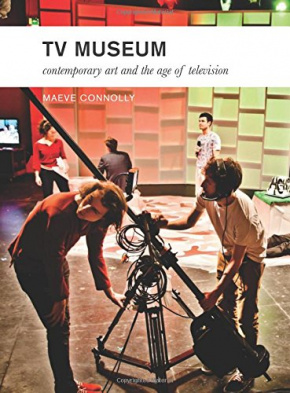 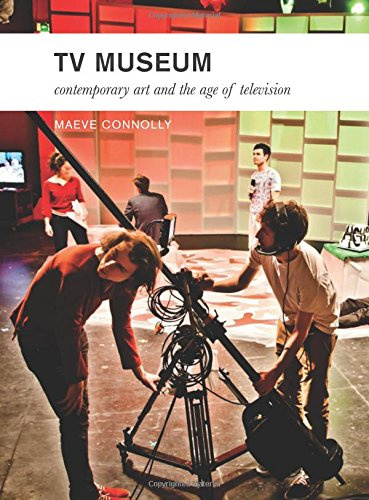 Contemporary Art and the Age of Television

TV Museum takes as its subject the complex and shifting relationship between television and contemporary art. Connolly pays particular attention to theories and histories since the 1950s and developments since the early 2000s, conducting close readings of artworks, exhibitions and institutional practices in diverse cultural and political contexts.

TV Museum takes as its subject the complex and shifting relationship between television and contemporary art. Informed by theories and histories of art and media since the 1950s, this book charts the changing status of television as cultural form, object of critique and site of artistic invention. Through close readings of artworks, exhibitions and institutional practices in diverse cultural and political contexts, Connolly demonstrates television’s continued importance for contemporary artists and curators seeking to question the formation and future of the public sphere. Paying particular attention to developments since the early 2000s, TV Museum includes chapters on exhibiting television as object; soaps, sitcoms and symbolic value in art and television; reality TV and the social turn in art; TV archives, memory, and media events; broadcasting and the public realm; TV talk shows and curatorial practice; art workers and TV production cultures.

Introduction: Contemporary Art and the Age of Television

Chapter Five: Monuments to Broadcasting: Television and Art in the Public Realm

'Scholarship on the art world’s encounter with television takes a massive step forward with the publication of TV Museum. In this original and intelligent book, Maeve Connolly lays out a comprehensive anatomy of the shape this encounter has taken in recent decades, focusing not only on artists but also on curators, cultural agencies, and community organizations. Her research base is international in scope, her prose is concise and lucid, and her analysis has a freshness that readers will appreciate. This book leads the field beyond overly familiar binaries - high vs. low, authoritarianism vs. democracy - by showing that working professionals in contemporary art do not treat TV as a singular apparatus or set of effects. It is at once a physical object, an audiovisual archive, a source of entertainment, a business model, and a public purveyor of history, and Connolly’s thoughtful analysis traces the kinds of work that are made possible as artists, curators, museum directors, and gallerists increasingly acknowledge television in all these forms. This visually stunning book, packed with well-chosen color illustrations, promises to be the authoritative text on the incorporation of television and art for a very long time.'

'Maeve Connolly [...] keenly analyzes the medium’s particular public dimension to place TV alongside that flagship institution of the decaying public sphere: the museum. Her argument is supported by shifts both in readings of TV and in artistic practice. [...] TV Museum looks closely at the construction of museums as a realm of high art and TV as a realm of low art to show how these statuses were in fact constantly in the processes of being negotiated and legitimated, while suggesting that these concepts are both now fully under threat with our changing notions of the public sphere. This is the central (and substantial) contribution of the study to the field.'

'By linking television and the museum [Connolly] charts a history of contemporary art’s increasingly enamored incorporations of television, revealing the laziness of a hastily applied high/low cultural dichotomy. Harnessing the comparative brevity of this relationship [...] “televisual distance”, or an outsider’s perspective, provides a tool to examine the museum’s operations from a new and revelatory perspective. [...] Presenting a dynamic portrait of the formal and institutional intersections between television and the museum, TV Museum serves as a call for sharper and deeper considerations of this knotty relationship and a nascent warning about the impact of depoliticizing the public sphere.'

'Connolly undertakes a compelling and exhaustive study of the ways in which contemporary artists are re-imagining TV now that it has lost its central position in the arena of mainstream entertainment culture and its products have been remediated across diverse platforms, on and offline. She makes a compelling case for the repurposing or cross-purposing of professional television studios and galleries [...]. Connolly gives us hope that the “televisual turn” and the artists she has championed so convincingly in this book, will help to bring what is now a quotidian cultural form back into critical focus'

'TV Museum lays the groundwork for a critical project that would consider not only how the significance of television in art has changed, but what we stand to gain or lose as a result.'