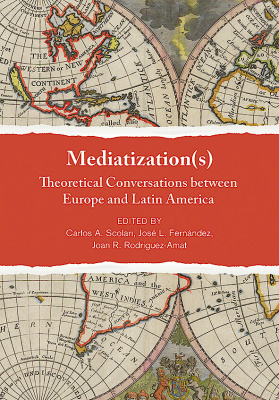 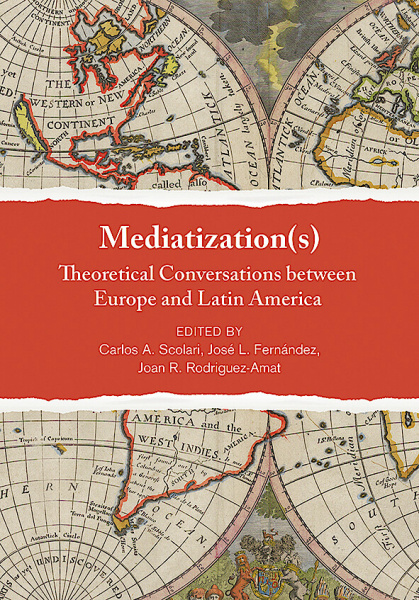 Introduces the main theories and authors on mediatization from Europe and Latin America in the last two decades. It frames these theories within the context of communication and media theories, and maps the current field of mediatization focusing on the most recent and cutting-edge theoretical, methodological and empirical contributions.

In the last decade, several European and Latin American researchers have set a very solid theoretical corpus around mediatization. The book brings these two theoretical traditions close together for a dialogue: the Latin American sociosemiotic matrix consolidated by Eliseo Verón in the 1980s and the institutional and constructivist approaches developed in Europe. The main objective of the book is to explore and activate possible theoretical and applied exchanges between these approaches.

This book introduces the main theories and authors on mediatization from Europe and Latin America, especially Brazil and Argentina, in the last two decades. It historically and epistemologically frames these theories within the context of communication and media theories, and pays particular attention to the opportunities generated by the exchanges between European and Latin American approaches. It is edited by scholars from Spain, Argentina and the United Kingdom, and includes contributors from universities in France, Germany, Switzerland, Brazil, Denmark and The Netherlands.

The handbook format including introductory comprehensive sections written by the editors and original texts signed by world leading researchers will make this a useful resource for researchers and students in the field.

The interdisciplinary approach displayed by the book has the potential to make it of interest not only to people working on communication or media studies but also in other disciplines within the humanities and social sciences.

Fields of interest will include communication and media, social sciences, and social actors linked directly or indirectly to the transformation of the media landscape.

Carlos A. Scolari is full professor of theory and analysis of digital interactive communication at the Department of Communication of the University Pompeu Fabra - Barcelona. He’s been the principal investigator of the H2020 'Transmedia Literacy' research project (2015-18) and since 2018 he coordinates the Ph.D. programme in communication.

2. Looking beyond the field: Development of the mediatization research agenda

3. Mediation and reception: Some theoretical and methodological connections in Latin American communication studies

4. Mediated perception and the mediatization of seeing: Perspectives for researching visual communication with

5. Eliseo Verón’s semio-anthropological concept of mediatization: Its relevance for an historic and systematic approach in the field of communication theory

6. Beyond the theoretical conversations on the origins of mediatizations: A post-disciplinary exchange

7. Interview with Eliseo Verón: ‘Television, this “massive” phenomenon that we know is condemned to disappear

8. Interview with Friedrich Krotz: ‘Technologies of communication are becoming media if people use them such that they are institutionalized in culture and society'

9. The Web’s people: Mediatization and transformation of the political sphere

10. “Travel like a local”: The mediatization of alternative city tourism, and its social consequences

11. Recommender systems: The interplay between asymmetry spaces and the mediatization of access and circulation

13. The dispute over ‘gender’ in current mediatization: Between passion, empowerment and disciplined sexualities

14. Conclusion: On the possibility of intellectual trading zones