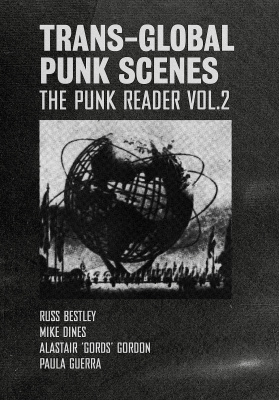 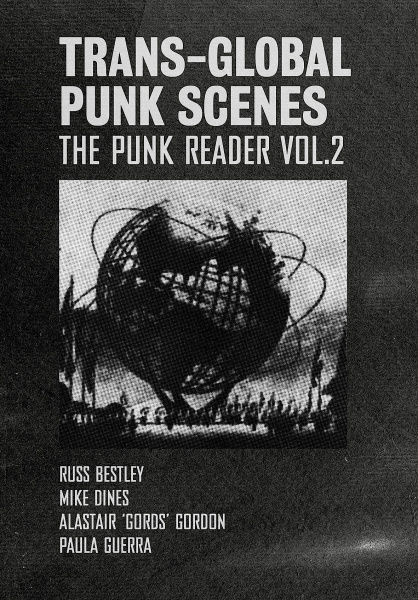 Critical engagement with local, national and trans-global contemporary punk scenes across countries and regions including New Zealand, Indonesia, South Africa, Siberia and the Philippines. Includes thematic discussions on the evolution and adaptation of subcultural styles, punk demographics and the notion of punk identity. 50 b/w illus.

This new collection is the second in the Global Punk series. Following the publication of the first volume the series editors invited proposals for a second volume, and selected contributions from a range of interdisciplinary areas, including cultural studies, musicology, ethnography, art and design, history and the social sciences.

This collection extends the theme into new territories, with a particular emphasis on contemporary global punk scenes, post-2000, reflecting upon the notion of origin, music(s), identity, careers, membership and circulation.

This area of subcultural studies is far less documented than more ‘historical’ work related to earlier punk scenes and subcultures of the late 1970s and early 1980s. This new volume covers countries and regions including New Zealand, Indonesia, Cuba, Ireland, South Africa, Siberia and the Philippines, alongside thematic discussions relating to trans-global scenes, the evolution of subcultural styles, punk demographics and the notion of punk identity across cultural and geographic boundaries.

The book series adopts an essentially analytical perspective, raising questions over the dissemination of punk scenes and their form, structure and contemporary cultural significance in the daily lives of an increasing number of people around the world.

This book has a genuine crossover market, being designed in such a way that it can be adopted as an undergraduate student textbook while at the same time having important currency as a key resource for established academics, postdoctoral researchers and PhD students.

In terms of the undergraduate market for the book, it is likely that it will be adopted by convenors of courses on popular music, youth culture and in discipline areas such as sociology, popular music studies, urban/cultural geography, political history, heritage studies, media and cultural studies.

Russ Bestley is a designer and writer, specializing in graphic design, punk and humour. He has co-authored a number of publications, including Action Time Vision: Punk & Post Punk 7” Record Sleeves (2016), The Art of Punk (2012), Visual Research (2004, 2011, 2015) and Up Against the Wall (2002). He has contributed articles to Punk & Post-Punk, Eye, Zed, Emigré, Street Sounds and Vive Le Rock, curated exhibitions in London, Southampton, Blackpool, Leeds, Birmingham and Newcastle, and designed books, posters and other material for the Punk Scholars Network, Active Distribution, PM Press, Viral Age Records and other independent labels and publishers. He is editor of the journal Punk & Post-Punk and leads the Graphic Subcultures Research Hub at the London College of Communication.

Mike Dines is a British musician, writer, scholar and publisher. He founded Itchy Monkey Press (http://itchymonkeypress.com) with the publication of the anarcho-punk novella the darkening light (2014), followed by Tales From the Punkside (2014), Some of Us Scream, Some of Us Shout (2016) and And All Around Was Darkness (2017) with Greg Bull. As a scholar he has written widely on subcultures and popular music, co-editing The Aesthetics of Our Anger: Anarcho-Punk, Politics, Music (Autonomedia/Minor Compositions, 2016), Punk Pedagogies: Music, Culture and Learning (Routledge, 2017), The Punk Reader: Research Transmissions from the Local and the Global (Intellect, 2019), Punk Now!! Contemporary Perspectives on Punk (Intellect, 2020), Trans-Global Punk Scenes: The Punk Reader Vol. 2 (Intellect, 2020) and Punk Identities, Punk Utopias: Global Punk and Media (Intellect 2021). His current writing takes him in the direction of punk and spirituality with the co-edited collection Exploring the Spiritual in Popular Music: Beatified Beats (Bloomsbury, 2021). He is currently a lecturer of music at Middlesex University and is an avid supporter of Portsmouth Football Club. ORCID: https://orcid.org/0000-0001-9706-979X

Paula Guerra holds a PhD in Sociology from the University of Porto. She is Professor in the Department of Sociology at FLUP and Researcher at the Institute of Sociology of the same University (IS-UP), where she currently coordinates the subgroup Artistic Creation, Practices and Cultural Policies. Member of the Scientific Committee of the Master in Sociology at the University of Porto. She is Adjunct Associate Professor of the Griffith Centre for Social and Cultural Research (GCSCR). She is the founder and coordinator of the All Arts Network, Luso-Afro-Brazilian Network of Sociology of Culture and Arts. Paula coordinates and participates in various national and international research projects in the field of youth cultures and the sociology of art and culture. She is also supervisor of several master's, doctoral and post-doctoral projects in those thematic areas. She is coordinator and founder of the KISMIF Conference/projetct. She is founder and director of the scientific journal All the Arts. Lusophone Journal of Art and Culture. She is the author (with Bennett) of the edited book DIY Cultures and Underground Music Scenes (Oxford: Routledge, 2019), (with Dines, Gordon and Bestley) The Punk Reader 1 and 2 (Bristol: Intellect, 2019, 2021), and (with Quintela) of the edited book Punk, Fanzines and DIY Cultures in a Global World (London: Palgrave, 2020). She has published 55 book chapters (40 in international publishing houses – UK, EUA, Canada, Germany and Brazil) and 87 articles in peer-reviewed periodicals – 55 of them in international journals, including WOS-Q1 journals such as Cultural Trends, Journal of Sociology, Popular Music and Society, European Journal of Cultural Studies, Critical Arts, Portuguese Journal of Social Sciences, Cultural Sociology and Young.

2. Re-thinking punk discourse and purpose: A case study of Muslim Punk in Java

3. 'Mutants of the 67th parallel north': Punk performance and the transformation of everyday life

4. Looking beyond music: Curating and narrating punk subculture in Singapore

8. Welcome to the 'modern age': The imagery of punk from the 1970s in the redefinition of the New York music scene of the 2000s and beyond

9. Going through the motions: Punk nostalgia and conformity

11. Punk's not dead but its organs are being harvested in Ireland

12. From punk rock to Prabhupāda: Locating the musical, philosophical and spiritual journey of contemporary Krishnacore

13. Gore, absurdity and injustice: Narco aesthetics as local transgressions in grind and power violence: A perspective from Mexico's musical subcultures

14. Fuck off! Fokofpolisiekar's Afrikaans punk in the postcolony

15. So far, so close: Contemporary faces of Portugese and Brazilian punk scenes