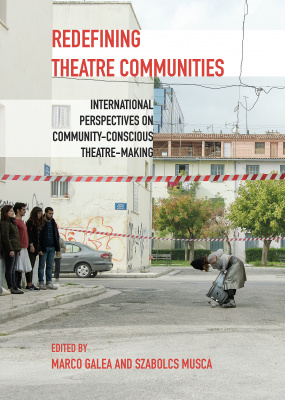 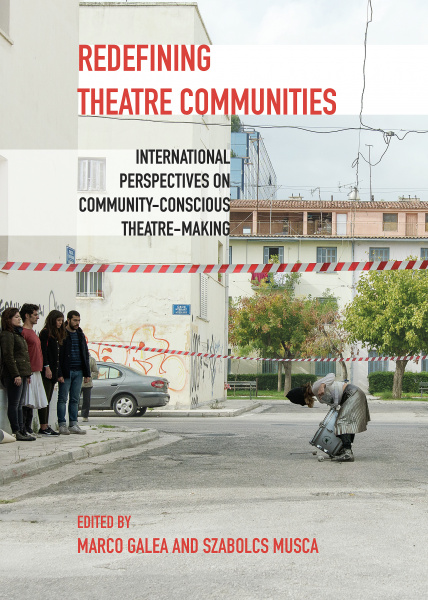 Redefining Theatre Communities explores the interplay between contemporary theatre and communities. It considers the aesthetic, social and cultural aspects of community-conscious theatre-making. It also reflects on transformations in structural, textual and theatrical conventions, and explores changing modes of production and spectatorship.

Redefining Theatre Communities explores the interplay between contemporary theatre and communities. It considers the aesthetic, social and cultural aspects of community-conscious theatre-making. While doing so, the volume reflects on recent transformations in structural, textual and theatrical conventions and traditions, and explores the changing modes of production and spectatorship in relation to theatre communities. The essays edited by Marco Galea and Szabolcs Musca present an array of emerging perspectives on the politics, ethics, and practices of community representation on the contemporary international theatre landscape. An international, interdisciplinary collection featuring work by theatre scholars, theatre-makers and artistic directors from across Europe and beyond, Redefining Theatre Communities will appeal to those interested in the diverse forms of socially engaged theatre and performance.

Dr Szabolcs Musca is research fellow at the Centre for Theatre Research (CET) at the University of Lisbon (Portugal), founding director of New Tides Platform (UK) and project lead of Migrant Dramaturgies Network, currently leading an international research project on theatre and migration in Europe.

Dr Marco Galea is a senior lecturer in theatre studies at the University of Malta. He has written mainly on nineteenth- and twentieth-century theatre in Malta and on postcolonial theatre and literature.

Theatre in Malta: Which Spaces Does the Community Occupy? – Vicki Ann Cremona and Ruben Paul Borg

Living and Working in Tepantor: Understanding Political Theatre and the Community– Pujya Ghosh

Bodies Without Organs and Organs Without Bodies: The Maltese Experience of Creating National Theatres – Marco Galea

The Economic Communities of the Edinburgh August Festivals: An Exclusive 'Global Sense of Place' and an Inclusive 'Local Sense of Space' – Evi Stamatiou

PART V: Emerging Practices: Connecting Through the Digital and the Verbatim

Manipulation of Reality Through an Interactive Game: Remote X as an Example of New Modes of Spectatorship – Nad’a Satkova

'Editors Marco Galea and Szabolcs Musca have gathered together an impressively expansive and international body of essays to create this volume. [...] It will be of value to scholars of contemporary theatre who wish to expand their repertoire of practices and locations in which a diversity of projects are taking place. It opens out a range of readings of community in relation to theatre and performs a valuable contribution to thinking about the complexities of theatre in relation to the communities within which it exists. It also encourages the reader to think about the communities that theatre, and creativity more generally, can build.'