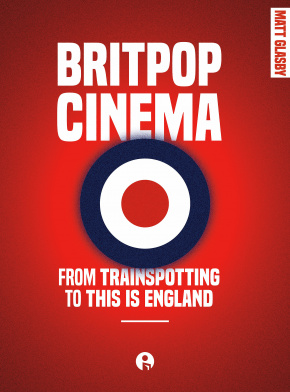 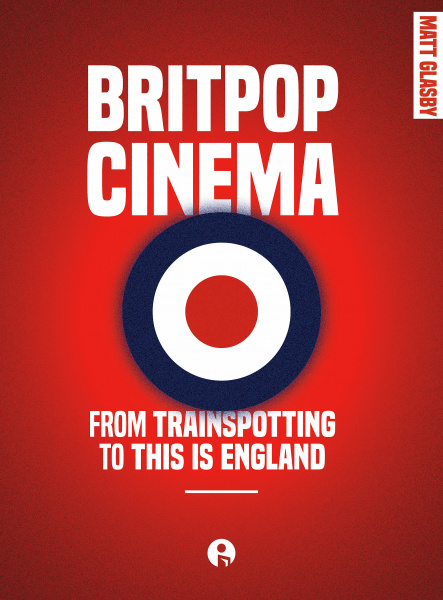 From trainspotting to this Is England

The Britpop movement of the mid-1990s defined a generation, and the films were just as exciting as the music. Beginning with Shallow Grave, hitting its stride with Trainspotting, and going global with The Full Monty, Lock, Stock and Two Smoking Barrels, Human Traffic, Sexy Beast, Shaun of the Dead and This Is England, Britpop cinema pushed boundaries, paid Hollywood no heed and placed the United Kingdom all too briefly at the centre of the movie universe.

Matt Glasby is an international film critic and the co-author of A-Z Great Film Directors, and works as a critic for outlets such as GQ, Total Film and more.

Introduction: Don't Look Back in Anger

Chapter 1: Things Can Only Get Better

Chapter 2: Do You Remember the First Time?

Chapter 3: The Day We Caught the Train

Chapter 5: Staying Out for the Summer

Chapter 7: Caught by the Fuzz

Chapter 9: Anyone Can Play Guitar

Chapter 12: Everything Must Go

Epilogue: Don't Look Back into the Sun

'Britpop Cinema is so consistently entertaining and informative, Glasby’s love for these films (even the bad ones) so evident and infectious... [It has] an impressive, compendium-like attention to detail; you could flip to any page and find a factoid or anecdote you probably haven’t seen before. This readability should entice pop culture enthusiasts and cineastes alike.'

'This meticulously researched, warts-and-all exploration of British cinema and its place in social history will impress, inform and delight anyone who has an interest in films and filmmaking, and will provide students of film studies with plenty of insight into the film production industry. Glasby’s analysis of the oeuvre is sharp, his admiration for the films and what they stood for is abundantly clear, and his enthusiasm for the subject matter is infectious in this spirited tribute to a movement that defined a generation. Choose it!'

'Britpop Cinema is a comprehensive and informative guide to the rise and fall of a distinctive British cinematic cycle, that may indeed have been unjustly neglected.'

‘An exuberant and unashamedly geeky paean to a time when British cinema blossomed.’

'A cracking celebration of the risk-taking ambition and relentless watchability of 1990s/2000s British films.'

‘The definitive guide to 1990s/2000s Brit flicks, complete with fascinating insights and passion that jumps off the page. A must for any cinema fan.’

‘Hyper-literate and thought-provoking, this is a fascinating read for anyone interested in British cinema.’

‘Impeccably researched, deftly written and full of sharp, dark wit, Britpop Cinema joyfully eviscerates British cinema and neatly stitches it back together again. If you first fell in love with Christopher Eccleston as disturbed David in Shallow Grave; if you can only ever see Ewan McGregor as Trainspotting's shorn, cheeky-faced Renton, then THIS, nostalgic 1990s film fan, is the book that will save your life.’

‘Sharp, funny and passionate, the excellent Britpop Cinema packs an astonishing amount of detail between its covers. Informed, playful and beautifully written, it’s as fresh and animated as its subject matter, putting each film into its historical context and providing expert analysis and opinion en route. Best of all, it makes you want to watch these movies all over again; the true mark of any great film book.’

‘Passionate and revealing... mad for it!’

‘A timely, genre-defining book that provides both food for thought and a yearning nostalgia for the hope and promise of the 1990s.’

‘The research is thorough, the writing is clear, and the perspective is illuminating. Some of the behind-the-scenes stories it brings to light are almost as good as the films themselves.’

‘The author’s interesting and accessible insights, his attention to the movement’s subtleties, and his solid grasp of wider cinematic issues make for a smart book that breaks new ground in its engagement with Britpop cinema.’

‘An essential, innovative guide to one of the most exciting times in British cinema, Britpop Cinema is meticulously researched and has the sort of fun, irreverent tone that perfectly captures the films of the Britpop movement.’