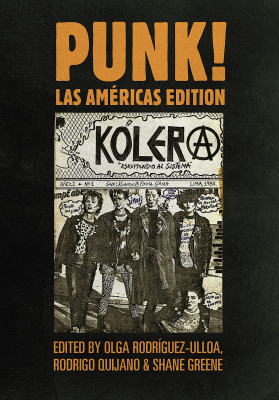 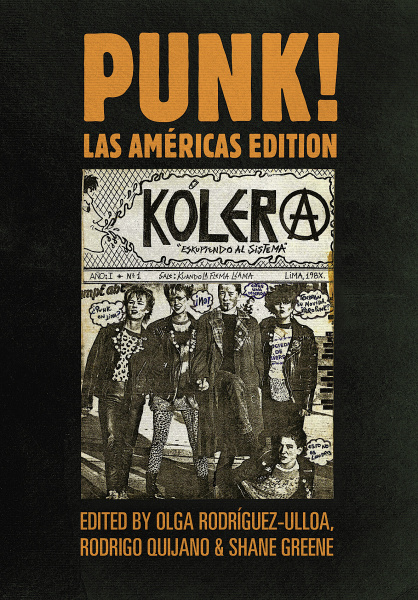 A critical refashioning of punk to suggest it emerges from within the long-term historical experience of las Américas in all their plurality. A collage-like juxtaposition of punk perspectives from across the entire hemisphere and via divergent contributions. 71 b/w illus.

This book challenges the dominant vision of punk – particularly its white masculine protagonists and deep Anglocentrism – by analysing punk as a critical lens into the disputed territories of 'America', a term that hides the heterogeneous struggles, global histories, hopes and despairs of late twentieth and early twenty-first century experience.Compiling academic essays and punk paraphernalia (interviews, zines, poetry and visual segments) into a single volume, the book seeks to explore punk life through its multiple registers, through vivid musical dialogues, excessive visual displays and underground literary expression.

Olga Rodríguez-Ulloa teaches at Lafayette College. She specializes in contemporary Latin American culture and literatures, with emphasis on the Andean region.

Rodrigo Quijano is a poet and art researcher. He has worked on contemporary art exhibitions in Lima, São Paulo, Mexico, Buenos Aires, Santiago, Bogotaì, and the 57 Biennial in Venice.

Shane Greene is professor of anthropology at Indiana University Bloomington. He is the author of Punk and Revolution: 7 More Interpretations of Peruvian Reality (2017, Duke University Press).

7. “I really thought it was about fucking revolution” (interview)
Martín Crudo and Shane Greene

12. “This is not what Afro-Punk is about” (interview)
James Spooner and Shane Greene

13. Notes on femzines from Colombia (comment on zines, punk, and feminism)
Minerva Campion and Rapiña

14. “I don’t care what you think and you can’t hurt me” (interview)
Alice Bag and Olga Rodríguez-Ulloa

19. Not your punk
Shane Greene

22. Scene report on straightedge hardcore punk and activism at the Festival Verdurada in São Paulo (scene

IN LIEU OF A CONCLUSION – A PUNK MANIFESTO

'Showcasing the work and testimony of scholars, artists, and activists from Alaska to Patagonia, and many places in between, through essays, interviews, record reviews, poems, novel excerpts, photographs, zines, record and cassette covers, and manifestos, PUNK! Las Américas Edition invites us to think about punk otherwise. By critically engaging with punk as a musical genre and subculture and as an aesthetic and disposition with multiple interconnected manifestations across the hemisphere, this book demonstrates that punk has much to teach us about the Américas and that the Américas have much to teach us about punk.'

'This volume is a practice: it shows "contradiction" empirically and uses it abstractly, it distinguishes between "the visual" and "the sonic" and mixes them ch’ixi style as it does "the oral" and "the written" – but sorry: because heterogeneity is a main analytics, there is not "the" singular anything: sonic, visual, oral or written – and therefore, perhaps, neither of those fields should be separated … but they are: ch’ixi style! On transgressing, this volume shows complexity and its "method" becomes tangible, as tangible as all the brilliant hiStories it tells and hints at. An academic book through and through, the transgressions this volume performs run the risk of becoming exemplary. An inspiring thrill to read and indeed to think through. Congratulations to its heterogenous editors!'