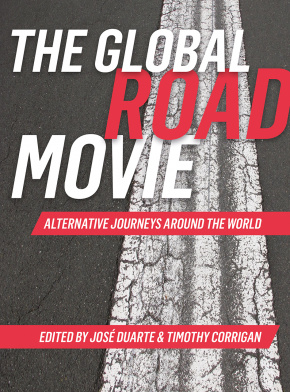 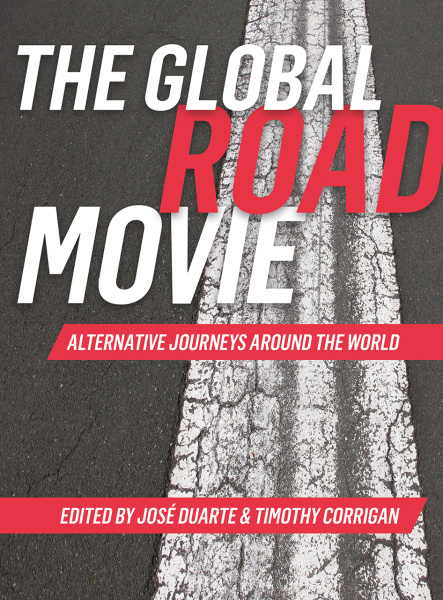 Alternative Journeys around the World

The Global Road Movie looks at the road movie genre from a wider perspective, exploring the motif of travel not just in American films. Through analyses of several films, this book enables us to think afresh about how today's road movies fit into the history of the genre and what they can tell us about how people move about in the world today.

The road movie is one of the most tried and true genres, a staple since the earliest days of cinema. This book looks at the road movie from a wider perspective than ever before, exploring the motif of travel not just in American films—where it has been most prominent—but via movies from other nations as well. Gathering contributions from around the world, the book shows how the road movie, altered and refracted in every new international iteration, offers a new way of thinking about the ever-shifting sense of place and space in the globalized world.

Through analyses of such films as Guantanamera (Cuba), Wrong Side of the Road (Australia), Five Golden Flowers (China), Africa United (South Africa), and Sightseers (England), The Global Road Movie enables us to think afresh about how today’s road movies fit into the history of the genre and what they can tell us about how people move about in the world today.

Timothy Corrigan is professor of English and cinema studies at the University of Pennsylvania and the author of The Essay Film: From Montaigne, After Marker.

Chapter 1: Learning to Drive: Midcentury Guidance Films and the  Middle-of-the-Road Politics of the American Road Movie by Devin Orgeron

Chapter 2: The Colombian Road Movie: Uses and Abuses of a Film Genre by Jamie Correa

Chapter 3: Notes on a Journey from Guantánamo to Havana: Guantanamera Revisited as Winds of Change Hit US-Cuba Relations by Hermínia Sol

Chapter 5: The Road and Transatlantic Currents in the Cinema of Licínio Azevedo by Sara Brandellero

Chapter 7: Song of the Big Road: Negotiating Scale in the Road Films of Twenty-First-Century India by Lars Erik Larson

Chapter 10: Genre at a Crossroads: The Korean Road Movie by Joseph Pomp

Chapter 11: Wrong Side of the Road: Crossing Cultures, Traversing Forms and the Blackfella Road Movie by Keith Beattie

Chapter 13: Bumps on the ‘Road to Europe’: Remaking the Road Movies and Re-mapping the Nation in Post-2004 Central Europe by Micheal Gott and Kris Van Heuckelom

Chapter 14: The Road Movie in Portuguese Cinema by Filipa Rosário

'In addition to this eclectic focus on Asia, other sections consider the road movies of The Americas, Africa and Europe, issues as wide-ranging as the thawing of US–Cuban relations, the debate about Afropolitanism in representations of Africa and the traces of Romanticism found in the contemporary British road movie. In their introduction, Corrigan and Duarte state that "there is perhaps no film culture across the globe that has not embraced the road movie". The diversity of contributors, approaches and films discussed in The Global Road Movie goes some way towards proving this claim.'

'Duarte and Timothy Corrigan’s co-edited volume, The Global Road Movie: Alternative Journeys around the World, effectively captures the best of current road movie scholarship, inviting readers to follow the genre further still… The Global Road Movie, in sum, reaches far and wide to make known a rich diversity of road movies from around the world. In its quest to expand the genre’s scholarly canon with more extensive travels, it broadens the horizon—just as any good road movie does.'

'The road movie, in which one person or a group of people hits the road in search of adventure, has often been described as a uniquely American subgenre. But this is national chauvinism on the part of the US, as Duarte (Univ. de Lisboa, Portugal) and Corrigan (Univ. of Pennsylvania), the editors of this excellent collection, ably demonstrate. After a brief introductory essay, the book takes the reader on a global tour of the road movie, with stops in Colombia, Cuba, Libya, Zimbabwe, Mozambique, China, Palestine, India, Korea, Portugal, England, and numerous other countries. Along the way the book introduces the reader to a veritable avalanche of films that share a common dream: there is something at the end of the road that will change one's life. Offering contributions by a gallery of top-notch scholars (Devin Orgeron, Jaime Correa, Sara Brandellero, Ling Zhang, et al.), all experts in their respective geographical areas, the volume includes detailed analyses of myriad films, and mentions myriads more as subjects for additional research. Meticulously detailed and flawlessly written, The Global Road Movie is a one-of-a-kind guide to world cinema on the move.' 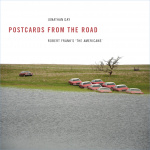