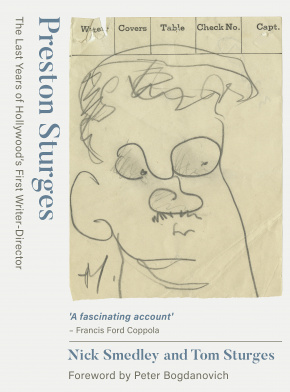 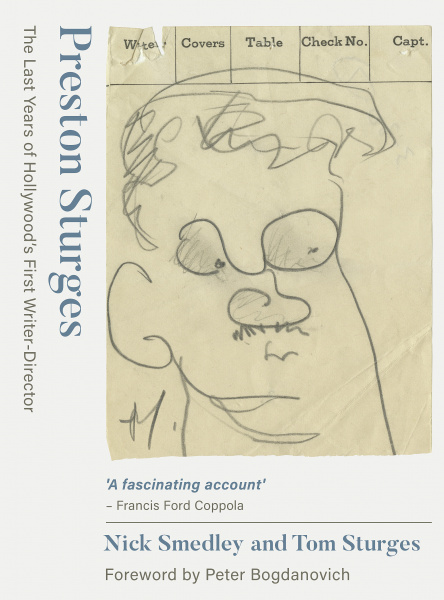 By Nick Smedley and Tom Sturges Foreword by Peter Bogdanovich

Few directors of the 1930s and 40s were as distinctive and popular as Preston Sturges, whose whipsmart comedies have entertained audiences for decades. This book offers a new critical appreciation of Sturges’ whole oeuvre, incorporating a detailed study of the last ten years of his life from new primary sources.

Few directors of the 1930s and 40s were as distinctive and popular as Preston Sturges, whose whipsmart comedies have entertained audiences for decades. This book offers a new critical appreciation of Sturges' whole oeuvre, incorporating a detailed study of the last ten years of his life from new primary sources. Preston Sturges details the many unfinished projects of Sturges' last decade, including films, plays, TV series and his autobiography. Drawing on diaries, sketchbooks, correspondence, unpublished screenplays and more, Nick Smedley and Tom Sturges present the writer-director's final years in more detail than we've ever seen, showing a master still at work – even if very little of that work ultimately made it to the screen or stage.

Nick Smedley is the author of A Divided World: Hollywood Cinema and Emigre Directors in the Era of Roosevelt and Hitler and The Roots of Modern Hollywood. He taught an MA module in recent Hollywood history at Birkbeck College, London, in 2008. Since then, he has been a freelance lecturer at film societies and cinemas in Chichester, the New Forest, Wimbledon and Central London.

Tom Sturges is the son of Preston Sturges and the author of three books: Parking Lot Rules, Grow The Tree You Got and Every Idea Is a Good Idea, all published with Penguin Random House. He teaches music business at UCLA and is both an artist manager and consultant. He has been widely recognized for mentoring at-risk, inner-city children and is the father of three sons.

The Preludes: The Brilliant Career of Preston Sturges, 1940–1949 — A Critical Survey of His Hollywood Films

2. The Emergence of a Genius

Chapter 4: The Millionairess and the Major: Sturges Returns to Paris, 1954

Chapter 10: Sliding Towards the Brink, January–July 1958

‘A fascinating account of Preston Sturges, who wrote and directed some of the great treasures of cinema and has remained as mysterious as his God-given talent.’

‘The unknown final chapter in the life of American comic genius Preston Sturges after his meteoric rise and fall, revealed in great detail by Nick Smedley and Tom Sturges.’

‘Every past, present and future screenwriter owes Preston Sturges big time. He was the first Hollywood screenwriter to control his own work by becoming film's first writer-director. I owe him my hyphen as well as my pure awe of his talent. And now, finally, in this book, the whole story of his life and times and his forever-golden work.’