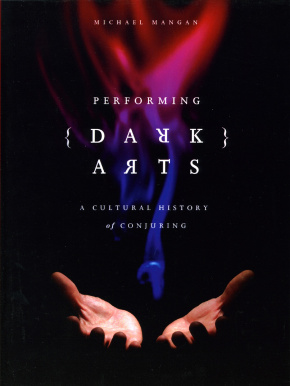 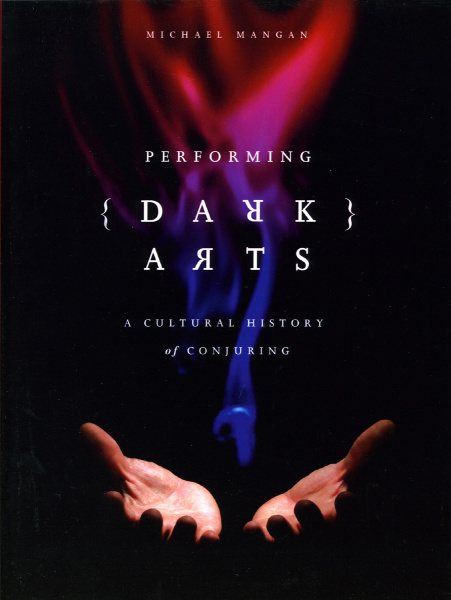 A Cultural History of Conjuring

Magic and conjuring inhabit the boundaries and the borderlands of performance. The conjuror’s act of demonstrating the apparently impossible, the uncanny, the marvellous, or the grotesque challenges the spectator’s sense of reality.

Magic and conjuring inhabit the boundaries and the borderlands of performance. The conjuror’s act of demonstrating the apparently impossible, the uncanny, the marvellous, or the grotesque challenges the spectator’s sense of reality. It brings him or her up against their own assumptions about how the world works; at its most extreme, it asks the spectator to re-evaluate his or her sense of the limits of the human. Performing Dark Arts is an exploration of the paradox of the conjuror, the actor who pretends to be a magician. It aims to illuminate the history of conjuring by examining it in the context of performance studies, and to throw light on aspects of performance studies by testing them against the art of conjuring. The book examines not only the performances of individual magicians from Dedi to David Blaine, but also the broader cultural contexts in which their performances were received, and the meanings which they have attracted.
Michael Mangan holds the Chair in Drama at Exeter University. His main research interests lie in theatre and society – more specifically, he has published in the subjects of theatre and gender, Shakespeare and Renaissance theatre, the cultural history of popular performance, and contemporary British theatre. He has also worked as a playwright, a director, a literary manager, a dramaturg and an actor.

If you want to learn about the one trick that all good conjurers have up their sleeve, the oldest in the book – here it is, rehearsed across the centuries. It is to make sure that whichever cup the audience looks under – mere chicanery or actual sorcery – the ball is not there.' – Mark Stafford, The Times

'This is an erudite book which wears its scholarship lightly and is a pleasure to read. Complex theoretical frameworks are introduced in ways that will make them accessible to the general reader, and the book's argument opens up new implications and applications for the study of magic as performance… ' – Roberta Mock, Department of Theatre and Performance, University of Plymouth

'Conjurers as performers have always had a special niche in exploiting the marvelous or the uncanny and trading upon our hope or fantasy that some real magic may be at work. Mangan’s delightful book shows that they will always be able to do so. ' – Rob Hardy, The Commercial Dispatch

'Performing Dark Arts: A Cultural History of Conjuring looks at how the development of the modern stage magician occurred in the context of religious perceptions of miracles, priestly power, notions of the occult, the emergence of modern science and technology, and the contemporary movements of spirituality and performance art.' – Evelyn Hartogh, M/C Reviews

'Mangan exhibits a keen ability to discuss the relationship between “magic as entertainment” and “magic as [spiritual] efficacy” throughout the time periods he explores […] Mangan manages to write about some highly complex concepts relating to the history of magic and performance theory in clear, illuminating language that is accessible to readers who are neither historians of magic nor performance theorists. ' – Edmund Lingan – Magic, Ritual, and Witchcraft, Winter 2008